HUNTSVILLE, Ala. — With 26 days to go before the general election on November 3, many people have already started submitting their absentee ballots across the country.

In some states, thousands of mail-in ballots were rejected in the primary elections. So how do Alabamians avoid that happening for the general election?

More Americans than ever are likely to cast a ballot by mail for the first time in this year’s presidential election. Though it sounds like it should be simple, if completed improperly, your ballot may be rejected.

In the primary elections held during the pandemic this year, rejection rates of returned absentee and mail-in ballots in five key battleground states ranged from a little under 1% to nearly 2%, according to CBS News.

So in the vast majority of cases, votes cast by mail are counted but that still leaves thousands of rejected ballots. Secretary of State John Merrill says that’s not surprising.

“Ballots are always rejected every election cycle because people either refuse or elect not to follow the directions,” said Merrill.

A missing signature, an unverified signature, or late arrival are the most common reasons for a ballot to be rejected, according to the U.S. Election Assistance Commission report from the 2016 election. In that election, 318,728 ballots — just under 1% of returned absentee ballots — were rejected across the country.

CBS News also analyzed data from the June 2020 primary in Georgia, an emerging battleground state, and found at least 11,000 mail-in ballots were rejected, out of more than 1.1 million returned mail ballots, based on the most recent data from the Georgia Secretary of State’s website.

What if there is an issue with your ballot? Well, 45 states allow you to track your ballot and Alabama is one of them. Merrill says the steps are simple:

“Once you track the status of your ballot… It will tell you when your absentee application has been received,” said Merrill.

If you submit an absentee ballot, Merrill says you should not have to show up to the polls on Nov. 3 unless there is a reason.

The deadline to apply for an absentee ballot is Oct. 29. 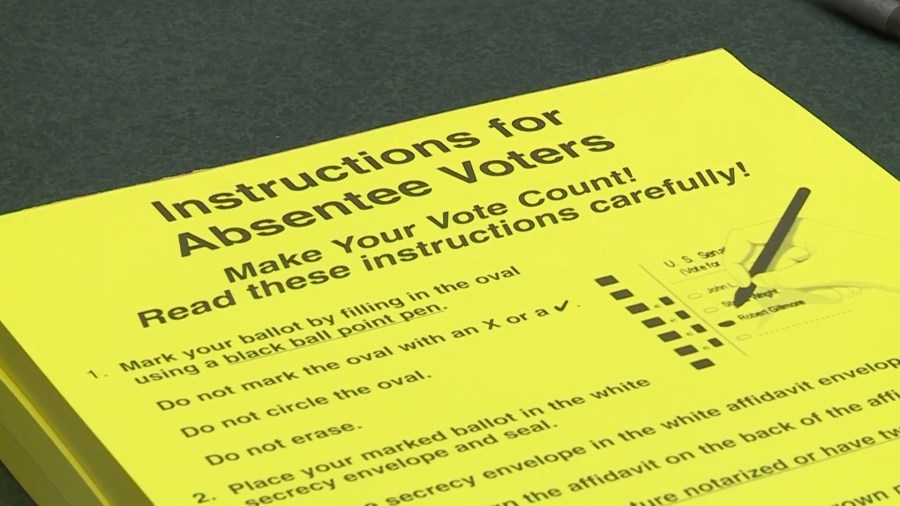