Stream the hearings live right here; check back throughout the day for live updates.

“This is a vacancy that has occurred to a tragic loss of a great woman. And we’re going to feel that they can see with another great woman. The bottom line here is that the senate is doing its duty. Constitutionally,” said Graham.

Graham went on to reiterate Barrett’s written statement sent to the Senate Judiciary Committee ahead of the hearing.

“She [Barrett] said I clerked for Justice Scalia more than 20 years ago. But the lessons I learned still resonate. His [Scalia] judicial philosophy. His mind. A judge must apply the law as written. Judges are not policymakers. They must be resolute in setting aside any policy views. They might hold. She will give her statement but I think that is a good summary of who she is. Amy Barrett is in terms of law.”

“The nation lost one of our leading voices for equality. Ruth Bader Ginsburg left very big shoes to fill. Judge Ginsburg loved the law and she loved this country,” said Feinstein. “She worked all her life to ensure that the opening words of our constitution, ‘We the people of the United States in order to form a more perfect union’ included all the people, not just a few elite few. She was a standard bearer for justice.”

The process marks a crucial step before a final full Senate vote by the end of October on Barrett’s nomination to fill the seat left vacant by the late Justice Ruth Bader Ginsburg. It also gives the public an opportunity to hear from the candidate, in her own words, typically on issues related to judicial philosophy as well as opinions on hot-button social issues like abortion.

Recent nominees have typically kept those views close to their chests. Senators often follow up the testimony with further questions posed to the nominee in writing.

The 48-year-old U.S. Court of Appeals for the Seventh Circuit judge is President Trump’s third nomination to the Supreme Court, after Neil Gorusch and Brett Kavanaugh.

Barrett is expected to tell senators that as a judge she seeks to “reach the result required by the law, whatever my own preferences might be,” according to a copy of her prepared remarks released on Sunday.

Barrett, 48, said in the statement that it will be an “honor of a lifetime” to serve alongside the current eight justices.

Her confirmation would create a 6-3 conservative majority on the court that could lead to rulings rolling back abortion rights, as well as expanding religious and gun rights.


What are the steps to confirm Amy Coney Barrett to the Supreme Court?

Barrett will face questions from senators on Tuesday and Wednesday in lengthy all-day sessions. The hearing is expected to conclude on Thursday, with outside witnesses testifying about her qualifications.

As of Oct. 9, 2020, this is the schedule. Testimony by those who know Judge Barrett and legal experts is expected to follow the questioning of Barrett. 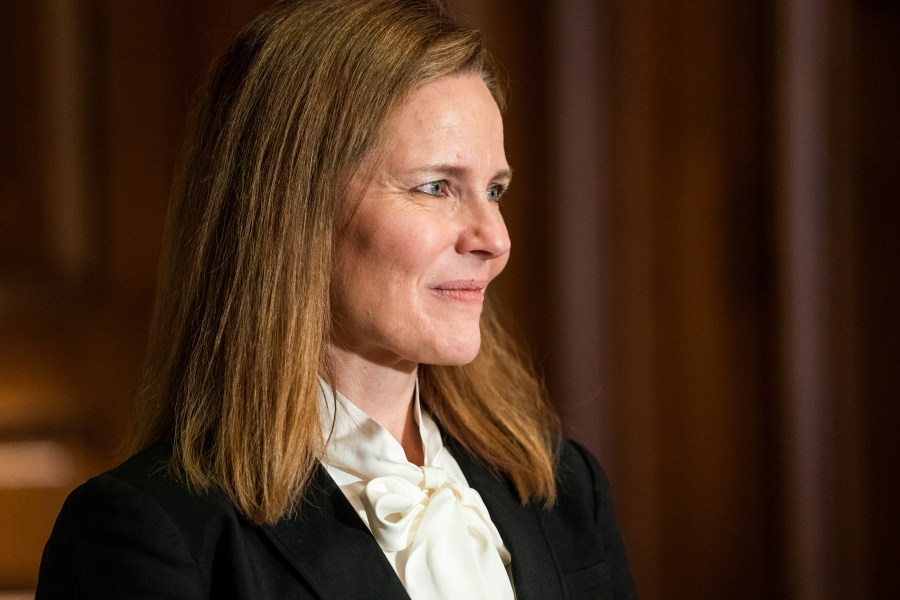