PROVO, Utah (ABC4 News) — A harrowing experience in which a Utah man went face to face with a pouncing cougar has the world talking.

In a post on social media by Kyle Burgess, the hiker records an experience in Slate Canyon near Provo, Utah, that would stop most in their tracks. In his post on Instagram, Burgess says he thought he “was done for.”

As Burgess walked through the canyon on the evening of Oct. 10, a cougar begins to follow him along the trail.

“Go! Go! Go!” a breathless Burgess can be heard screaming on the video.

Several times, the large cat hisses and pounces toward Burgess, stopping short of actually attacking when the hiker yells, “No!” All the time, Burgess continues walking backward.

Burgess repeatedly yells and makes roaring sounds — even barking — in an attempt to scare the cougar off, but the cat continues to pursue him.

Then, as he continues retreating, he says, “This sucks … This is scary! My heart is racing!”

He pleads with the cougar to turn back and “go get your babies.”

Burgess was near the end of a 10-mile loop when he came across the cougar, according to the Desert News.

The nerve-wracking encounter lasted six minutes before its abrupt conclusion, when the cat turns and runs away.

“Yeah, so that just happened,” Burgess says then, holding up a shaking hand. “Holy cow! Yeah, not going back that way!” 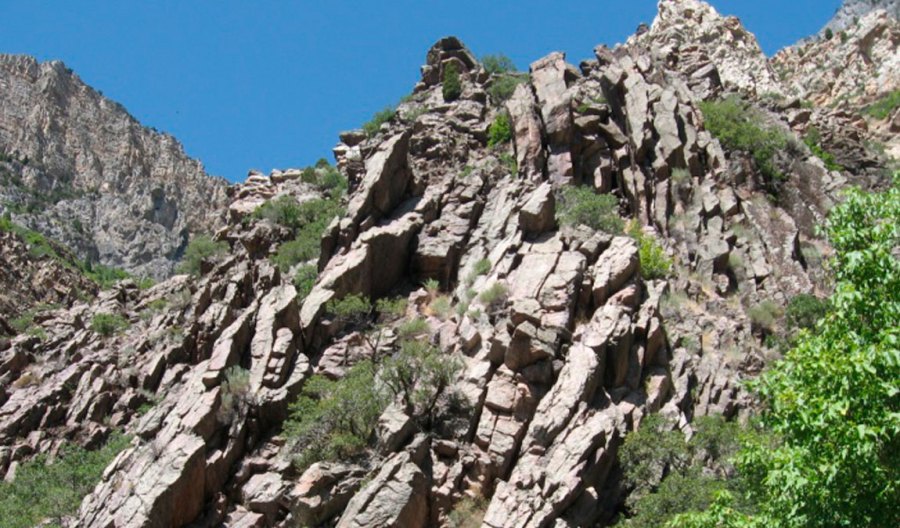