LAS VEGAS (KLAS) — A Nevada woman has been awarded a $2.8 million settlement from the state of Nevada and a Certificate of Innocence after spending 32 years in prison on a wrongful murder conviction.

Cathy Woods, 68, also known as Anita Carter, was released from prison in 2015 when new DNA evidence linked the 1976 killing of a Reno college student to an Oregon inmate, Rodney Halbower, who has since has been convicted of two San Francisco Bay Area slayings that happened during the same period.

In August 2019, the Washoe County Commission voted to pay Woods nearly $3 million to settle a federal lawsuit that named the former county district attorney. Wood’s lawsuit claimed she was “intentionally framed” by authorities because she was poorly educated and suffered severe mental illness.

The state’s settlement of $2.8 million comes after Woods filed a lawsuit against the state last year after the Nevada Legislature passed a law allowing people wrongfully convicted to seek damages. The settlement was approved by a judge on Friday, Oct. 9.

In 1981, following statements made while confined in a mental institution in Louisiana, Ms. Woods was charged and twice convicted of Ms. Mitchell’s murder in Washoe County.

“As your attorney general, the pursuit of justice is paramount to the mission of my office, and I’m encouraged that after so many years, Ms. Woods has been declared an innocent woman and will receive compensation for the years of freedom she lost,” said Nevada Attorney General Aaron Ford. “While no amount of money can ever replace our freedom, I couldn’t be prouder of the attorneys in my office who worked on this case to obtain justice for Ms. Woods. As I told them, ‘Our job is justice, and you have done a great job of delivering it.'”

Woods was the longest-ever wrongfully incarcerated woman in U.S. history, according to the National Registry of Exonerations. 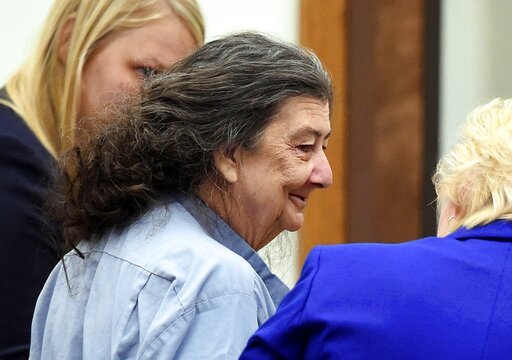