WASHINGTON (NewsNation Now) — Supreme Court nominee Amy Coney Barrett will face a final round of questioning from the Senate Judiciary Committee Wednesday before a scheduled vote on her confirmation.

Wednesday’s hearing, which marks the third of the process’ four days, provides an opportunity for senators to dig deeper a day after they probed the judge on her stances on issues ranging from health care and abortion rights to gay marriage and election disputes.

Senators were each given 30 minutes to question Barrett on her views and legal history. The question-and-answer portion wraps up Wednesday.

As Democrats grilled President Donald Trump’s choice to fill the vacant seat left by late Justice Ruth Bader Ginsburg on Tuesday, Barrett said she would bring no personal agenda to the court.

She told the Senate committee that she hasn’t given any commitments to the White House on how she would rule on the Affordable Care Act or election-related cases. Barrett also declined to comment on whether she believed landmark rulings legalizing abortion and gay marriage were properly decided.

“I am not here on a mission to destroy the Affordable Care Act,” Barrett said. “I’m just here to apply the law and adhere to the rule of law.”

Sen. Kamala Harris, the running mate of Democratic presidential nominee Joe Biden, said Americans were fearful that the health care law would be overturned in the middle of the coronavirus pandemic. A case on the matter is scheduled for days after the November presidential election.

“Republicans are scrambling to confirm this nominee as fast as possible because they need one more Trump judge on the bench before Nov. 10 to win and strike down the entire Affordable Care Act,” the California senator said.

Barrett also faced questioning over whether she would vote to overturn the 1973 Roe v. Wade ruling that legalized abortion in the U.S.

Sen. Dianne Feinstein, the top Democrat on the panel, asked Barrett whether she agreed with her mentor, the late conservative Justice Antonin Scalia, that Roe v. Wade was wrongly decided and should be overturned.

Barrett would not say whether she agreed with Scalia that the 2015 Supreme Court Obergefell v. Hodges ruling legalizing gay marriage nationwide was wrongly decided.

“It’s distressing not to get a good answer,” Feinstein said.

Barrett said she could set aside her religious beliefs in making judicial decisions.

Judiciary Committee Chairman Sen. Lindsey Graham has scheduled an initial committee vote on the nomination for Thursday morning. The hearings that day will include outside witnesses who are expected to make their case for and against . 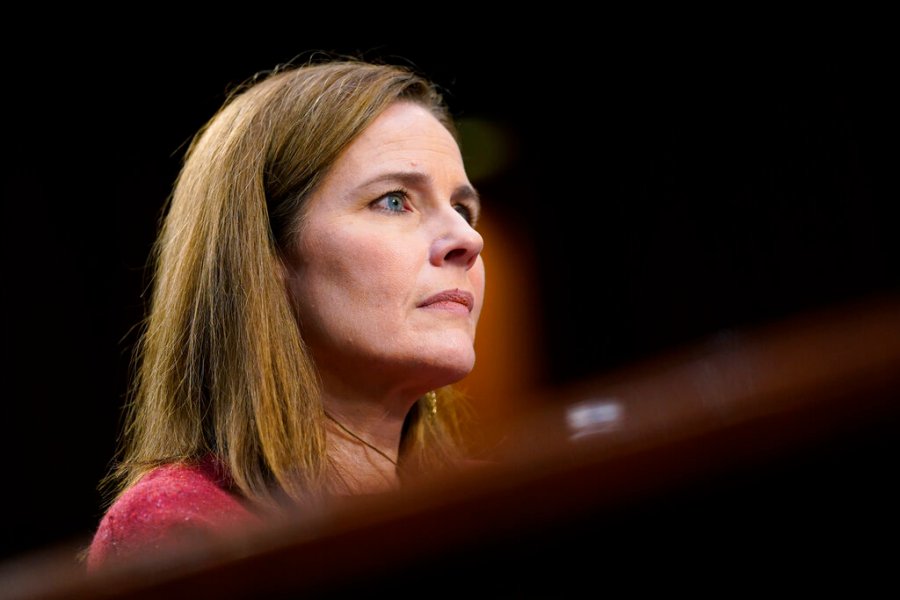