HUNTSVILLE, Ala. – On Wednesday, Huntsville Mayor Tommy Battle gave his 2020 State of the City Address. The event, hosted by the Madison County Chamber of Commerce took place virtually.

Mayor Battle touched on several topics including the COVID-19 Pandemic and Civil Unrest, but the main focus of the annual update: quality of life, economic growth, and infrastructure.

“In 2020, our city projects and progress continued. We improved and rebranded our public transit system and built new roads at a roaring pace,” says Tommy Battle.

Mayor Battle says Huntsville took a hit in early 2020 but the community came together to successfully navigate a global pandemic.

“By the end of this year, in the middle of a pandemic, we will have created another 960 new jobs and put another 2.1 billion dollars in new product on the ground in Huntsville – during COVID-19,” says Battle.

Mayor Battle also addressed civil unrest across the nation and says the city is committed to progress.

“We will continue engaging dialogue and ways to be a more just and equitable city,” says Battle.

Despite challenges in 2020- Huntsville proceeded with business as usual in an unusual time… continuing with growth, while improving roads and infrastructure.

“From a 405,000-square-foot warehouse in Southpoint business park on I65, to projects in Haysland Square, Midcity District, Governors Drive, and Mastin Lake where a 140,000-square-foot high-tech distribution center is being built,” says Battle.

And something Huntsville has been waiting a long time for, Trader Joes.

Just west of downtown, a $1.3 million choice neighborhood planning grant is funding a plan to revitalize and transform Butler Terrance and its surrounding area between Clinton Avenue and Governors Drive.

“We’ve worked hard to get here, and to sustain this kind of growth, you have to have a plan in place, and we do,” says Battle.

Mayor Battle says every part of town is growing and Huntsville is ready for 2021.

“The city is well-positioned for 2021. We’re moving forward with a balanced budget and another year of triple-a credit ratings. We’ll use this stellar rating to fund in 2021 our new city hall, a world-class amphitheater, a new fire station,” says Battle. 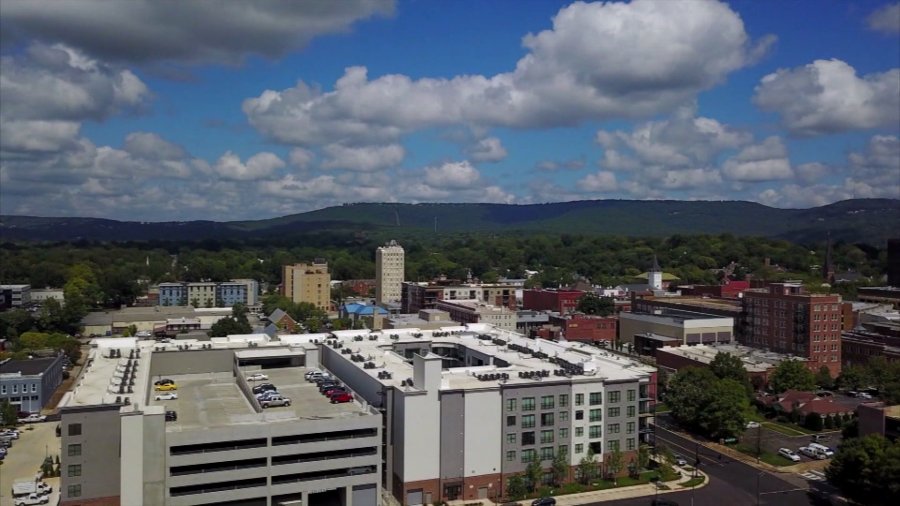