HUNTSVILLE, Ala. — The Alabama U.S. Senate race in 2020 has seen a 20-year former senator lose, a political newcomer become the favorite and cash pour in for an incumbent down in the polls.

Now, in the close, high-stakes contest for control of the U.S. Senate, Republicans are hoping for a reversal.

The race is different than most. Jones, the incumbent is a Democrat in a red state, is an underdog to Tuberville, a political newcomer, and he has outraised the favorite in this race more than four to one.

Tuberville, the former Auburn football coach, was endorsed Thursday by former U.S. Sen. Jeff Sessions, who Tuberville defeated in a runoff in July. Tuberville has avoided most media appearances and declined to debate Jones. But, he’s stressed his loyalty to President Trump, who has backed him, and the few polls done on the race show him with a double-digit lead. Jones on the other hand has received millions in financial support.

According to filings with the Federal Election Commission, Jones raised $10 million and spent $10.7 million during the third quarter. Over the course of his campaign, Jones reports raising $26.8 million and spent $22.2 million, with $7.9 million still on hand.

Tuberville reported raising $3.3 million during the third quarter and spending $2.1 million. The report shows he raised $6.5 million overall and spent $4.9 million. He ended the quarter with $1.7 million on hand.

A Tuberville campaign spokesman addressed the financial reports in a statement sent to News 19.

“Placeholder senator Doug Jones has raised 83% of his campaign cash from California, New York, Massachusetts, and other liberal areas across the nation,” said Tuberville campaign manager Paul Shashy. “Those contributions explain why Doug Jones refuses to represent our conservative Alabama values and votes the liberal Hollywood and New York values of his high-dollar, out-of-state campaign donors, instead. It’s time Alabama had a U.S. senator who speaks for us, not the fringe liberals who fund Doug Jones.”

The Jones campaign did not respond to a request for comment on its fundraising. 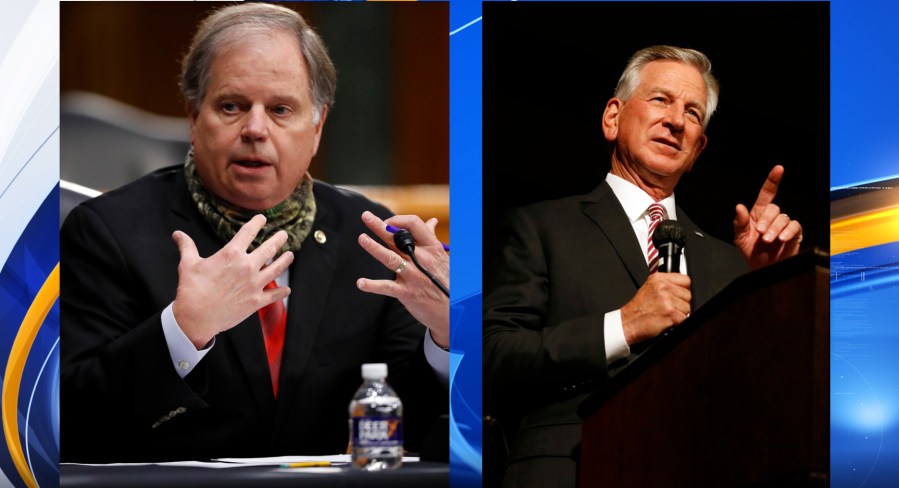