HUNTSVILLE, Ala. – Downtown Huntsville, Inc. held the last Food Truck All Stars of 2020 Friday evening. Local food truck owners say they are sad to end the season but thankful for the ongoing event that helped their businesses stay afloat during financially hard times.

Normally, when downtown Huntsville, Inc. hosts food truck rally Church Street is closed down and its packed with trucks and people. But in an effort to social distance this year, trucks have been spread out all around Big Spring Park.

“We wanted to keep these events going for the community and it was just a matter of well this is already an outdoor event so just how do we spread out the people? And luckily we were able to do that with the food truck rally,” says Alyssa Lee with Downtown Huntsville, Inc.

Pamela Maris owns Beast Mode food truck and does food trucking as her full time job. She says this year has been a financial challenge.

“We’ve been struggling, you know alot of these trucks go to NASA at the arsenal so it’s made a huge difference for all of us,” says Maris.

Maris says they were worried the rallies also wouldn’t happen in 2020.

“If not for these events, I really don’t know what we would do because this gives us a chance to be able to pull in more people. And I mean everybody’s doing the best that they can to try to keep going but it is difficult. It has made a huge impact on all of us,” says Maris.

Maris says the rallies have also given the community some normalcy.

“A lot of people are still afraid to go out and go inside restaurants to eat and it just gives them something to do and they were looking forward to it,” says Maris.

Maris says at this point, she’s just looking forward to 2021 and year five of feeding her community.

As the food truck season comes to an end Downtown Huntsville, Inc. is introducing Pop Up Parks to downtown in an effort to “move out the cars, and bring in the people.” 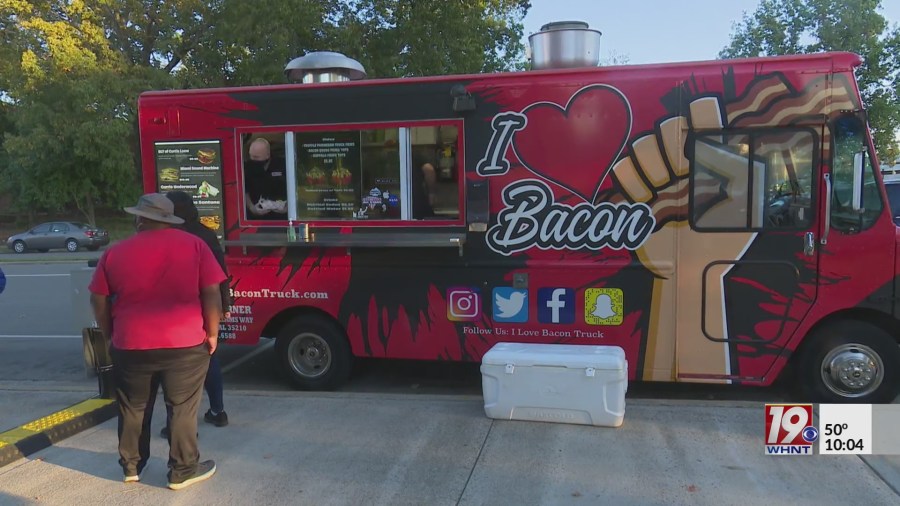