NASHVILLE, Tenn. (NEXSTAR) — President Donald Trump is openly contemplating the prospect of losing, while Democratic challenger Joe Biden is warning his supporters against overconfidence as the 2020 presidential election speeds into its closing days.

With millions of votes already cast, Biden’s lead in the polls appears strong. The campaigns appear to be moving in opposite directions on paper, but it’s a very different feeling on the campaign trail. Trump is drawing huge crowds reminiscent of 2016′s final days. Biden is sticking to his cautious approach with tiny events focused more on social distancing than energizing supporters.

While there will be plenty of action, this week will center on Thursday’s final debate, which may be Trump’s last and best chance to change the direction of this election.


Trump: ‘People are tired of hearing Fauci and all these idiots’

Here are four things we know about this week’s debate in Nashville:

The Commission on Presidential Debates released a list of topics for the debate. They are:

As of Monday afternoon, the format for the second debate will look mighty similar to the first.

Each segment of the 90-minute event will run approximately 15 minutes. The candidates will have two minutes to respond to questions from moderator Kristen Welker of NBC. Welker will control the flow of the segment after her initial question.

Trump has already started attacking Welker, tweeting, “She’s always been terrible & unfair, just like most of the Fake News reporters, but I’ll still play the game, The people know!”

CNN reports the Commission on Presidential Debates is meeting Monday to discuss potential rule changes for this debate.

It’s always possible no changes will be made.

This follows a contentious first debate in which the candidates, most frequently Trump, interrupted each other, and moderator Chris Wallace struggled to maintain control.

The Trump campaign has said they will reject any proposed changes.

There was initially talk of trying to reschedule the second debate to Oct. 29. That never happened.

As of now, this is the last opportunity you’ll have to see the candidates on the same stage ahead of decision day. 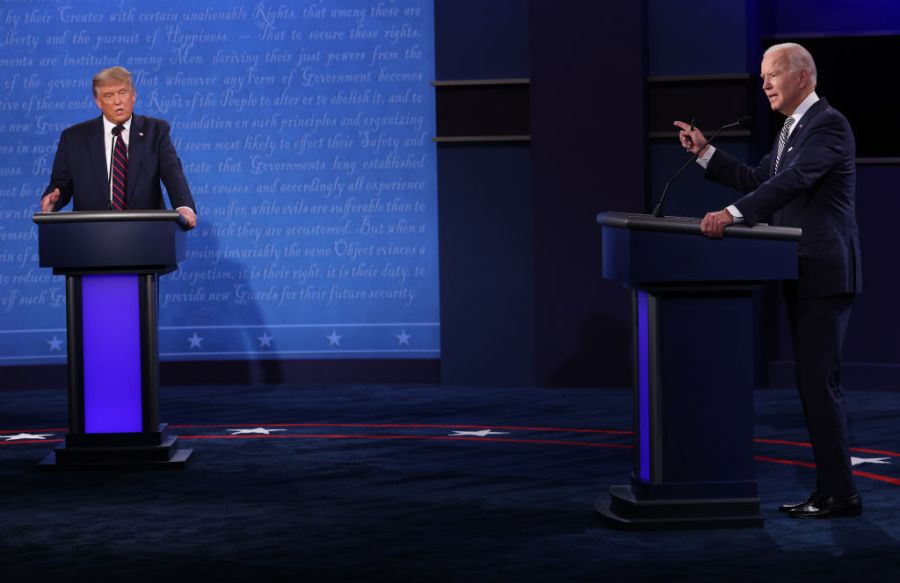