Rapper accused of fraudulently getting $1.2M in jobless benefits after boastful music video

Nuke Bizzle, whose real name is Fontrell Baines, is accused of filing for $1.2 million worth of fraudulent unemployment claims under the CARES Act.

According to the U.S. Department of Justice, the 31-year-old rapper “boasted in a YouTube music video about getting rich from committing unemployment benefits fraud.”

Prosecutors pointed to a music video posted in September in which Baines raps, “unemployment so sweet. We got 1.5.” Another rapper says, “You got to sell cocaine. I just file a claim.”

Prosecutors say Baines received at least 92 debit cards loaded with unemployment benefits. They say some of those cards were obtained using stolen identities.

He was arrested Friday and has been charged with interstate transportation of stolen property, aggravated identity theft and access device fraud.

Baines currently has an active warrant out for his arrest in Shelby County, Tennessee, for obtaining a controlled substance by fraud. That warrant was issued in June. Over the years, he’s racked up a number of drug and weapons charges in Shelby County and has also been arrested for assault and evading arrest.

A woman at a South Memphis home linked to Baines’ family members refused to comment. “We ain’t doing no talking on no camera about Fontrell,” she said.

According to prosecutors, Baines currently lives in Hollywood Hills, California.

If convicted, he faces up to 22 years in federal prison. 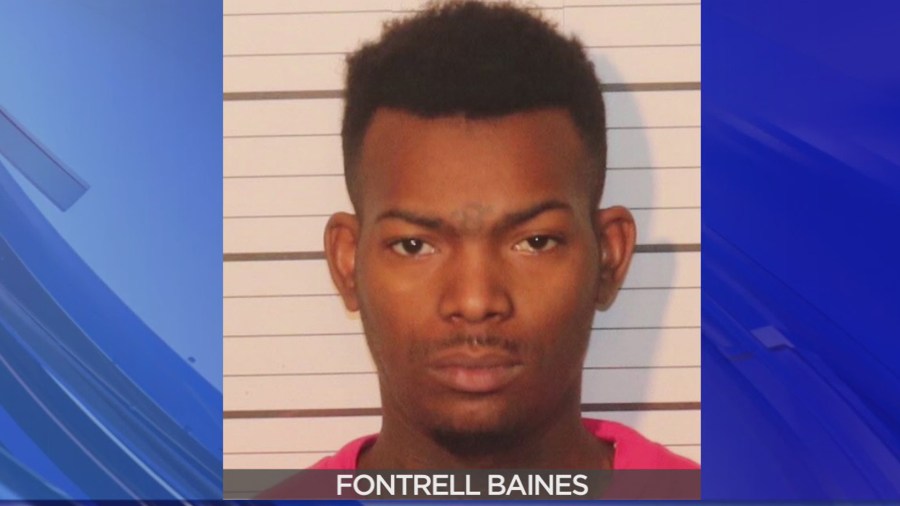