Traditional Haunted Houses are a thing of the past

DECATUR, Ala. – Jay Clark with Nightmare on Moulton says he’s making the traditional Halloween haunted house, COVID-19 friendly. The haunted house is located on the second floor of the Brick Deli in Downtown, Decatur.

Upon entering the maze, patrons will be required to have temperature checks, wear a mask and answer some health questions. The staff is equipped with had sanitizer for all those who enter and exit the attraction.

The area above the deli is big enough to provide enough space to make sure all patrons are safe and socially distant, “this is large enough that they’ll get three of four rooms ahead and then the next group comes in. so they’ll be staggered enough so that we know that they wont catch up,” Clark said.

The haunted house has prepared its staff with techniques to keep patron as distant as possible. “Actors will be able to signal and they’ll know that the group is going faster than the group in front, they’ll use techniques to slow them down,” Clark said.

Clark said when he started thinking of this year’s haunted house attractions he already had in mind the possibility of the statewide order still being in effect. “Thinking about what we might have to change, you know a lot of it has to do with how we train the actors and also kind of the way we position the actors.”

Clark is referring to the staff members who will be actively scaring inside the haunted house this spooky season. The maze he’s created is completely contactless and all actors will be wearing masks, even those who will be wearing a costume mask will have a barrier underneath as well.

Those who choose to participate will enter and exit the maze in the same area, each time being given hand sanitizer and limiting the possibility of congregating with groups that you did not come with.

If you would like more information on their safety and procedures or to purchase tickets visit www.decaturnightmare.com 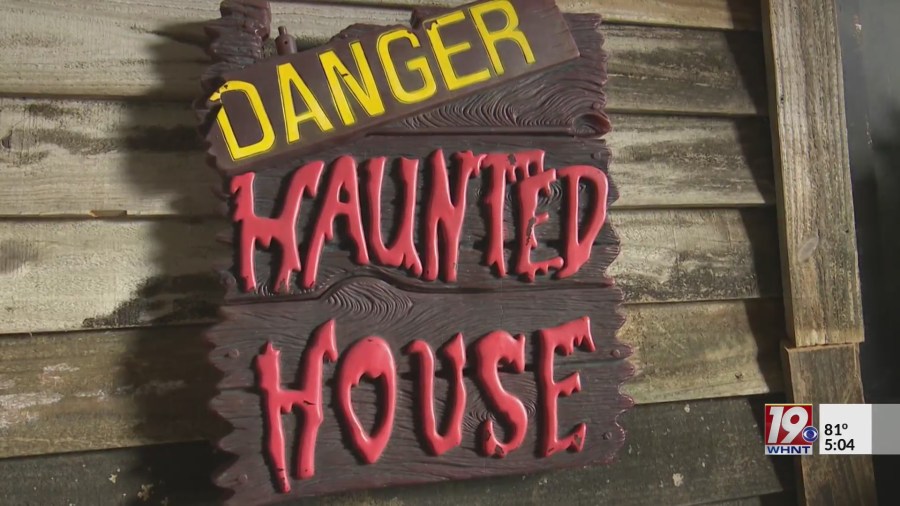