AUBURN, Ala. (WRBL) – Aniah Blanchard’s family says a year after her Kidnapping and Capital Murder; Aniah’s legacy lives on. Blanchard’s family is using their anguish to help others by promoting self-defense, while working to expand options for Alabama prosecutors seeking to keep defendants accused in violent crimes behind bars until trial. .

Investigators say that on October 23, 2019, the Southern Union student was abducted sometime after visiting an Auburn gas station to purchase a bag of chips for a late-night snack. The suspect, 30-year-old Ibraheem Yazeed, was inside the gas station paying for some items at the counter when Blanchard walked in. That chance encounter has led to a lifetime of crushing grief for Blanchard’s family, especially her mother, Angela Harris.

“I am getting my strength from Aniah and feel like there is no way in the world. I can’t let her down because she never let me down,” said Harris.

Aniah’s mom is on a mission. The former Sexual Assault Nurse Examiner is confronting evil, hoping to shield others from the pain of losing a loved one to violence. She founded Aniah’s Heart, a non-profit offering free-self defense classes and safety discussions.

“Aniah’s heart is what it’s all about. Her heart was big and beautiful, just the best of any human, and knowing she fought her heart out for her life, that’s how it started,” shared Angela.

Angela’s second mission is bond reform. In Alabama, only Capital Murder defendants can be held in jail until trial. Aniah’s Law proposes a constitutional amendment expanding no bonds for Class A felony charges involving victim violence.

“To give DA’s the opportunity to hold a hearing if there is someone who has committed a violent crime and they know they should not be walking the streets or get a bond and they can say hey wait, here is the reason why this person should not be out or on bond,” said Harris.

Yazeed was out on bond for nearly beating a 77-year-old man to death when he saw Blanchard walk into the gas station.

“That’s the only reason she is gone because he was out on bond. There is no way he should have been out period,” said Angela.

“If I can just save one person, it’s worth it. I hear Aniah’s voice in my head every day saying, get up and do this. You have to,” said Angela.

October 23, 2019 was a Wednesday night. Aniah Blanchard’s mother says she was driving back to Auburn after attending a funeral and had stopped into the gas station to grab a bag of Salt and Vinegar chips, her daughter’s favorite. Video of Blanchard in a printed dress entering the gas station was released by police. The video, followed by details of the exhaustive search for the Southern Union student, gripped the nation.

“I think Aniah’s face and her spirit just captured everyone,” shared Angela.

Blanchard grew up in Birmingham. She was a cheerleader and softball player. She was studying to become a teacher at Southern Union in Opelika, Alabama. She loved art and design. Blanchard adored her siblings and had a protective but kind nature.

“If you were sad, she wanted you to be happy. If you weren’t having a good time, she would make sure you did. She was just a smart girl who loved laughing and wanted to live a happy life,” said Angela.

The community held out hope Blanchard would be found alive. However, hope diminished when Blanchard’s black Honda SUV was recovered at Park Place Apartments in Montgomery a few days after vanishing. The vehicle was damaged. Inside, investigators discovered evidence indicating someone suffered “a life-threatening injury.” On October 31, Auburn police announced they suspected Blanchard had been harmed and was the victim of foul play.

“I’ve seen the worst of the worst as a Sexual Assault Nurse Examiner. It meant the world to me to help those families. Aniah knew what I did, and we talked about it. We were always talking about how to protect ourselves, and she was a very protective person. If it could happen to my daughter, it could happen to anyone,” said Angela.

A week later, on November 6, police ask for the public’s help identifying a person of interest seen on surveillance video inside the gas station simultaneously as Blanchard. The man is identified as 30-year-old Ibraheem Yazeed of Montgomery. Yazeed is arrested in Pensacola, Florida, and charged in Blanchard’s Kidnapping.

Yazeed has a lengthy criminal history. At the time of Blanchard’s disappearance, Yazeed is out on a $295,000 bond for nearly beating a 77-year-old man to death during a Montgomery robbery, putting him in the back of the truck. In that case, police pulled the vehicle over for driving erratically, and Yazeed was arrested. The man was located injured in the vehicle and taken to the hospital for treatment.

The search for Blanchard continued until November 25, when her remains are located in Macon County in a wooded area off the roadway.

35-year-old Antwain Fisher and 63-year-old David Johnson were charged in the Kidnapping as well. The charge was later dropped. Johnson is charged with hindering prosecution. Meanwhile, Yazeed remains behind bars at the Lee County Detention Facility.

Angela Hayley-Harris has grieved the loss of a child before. On November 1, 1997, her 3-year-old son was killed in a car crash. Harris had two young children at the time, including Aniah. She says the loss of her son nearly broke her. Angela says she couldn’t give up because she had other children to love. She went to school and became a nurse. She says working as a Sexual Assault Nurse Examiner at Children’s in Birmingham was a way of honoring her young son’s loss by helping others.

“Aniah always called me in the morning. That was our routine. I had gone back to bed on the 24th, thinking she will call me. The anniversary of his death was coming up, and my heart was still broken,” said Angela.

Harris and her husband Walt Harris and Aniah’s father, Elijah Blanchard, are now planning Aniah’s burial, slated for November 7. Harris says this is the same date Harris buried her young son. Harris says the grief never goes away but goes on because Aniah’s heart lives on.

“The good work she would have done, I will do for her. I will do it for my kids, my husband, my mom, and all her friends. That’s the reason I get up every day. The District Attorney, Brandon Hughes, has been great. We are so appreciative of everyone who calls, texts, and prays for us. It helps out so much,” said Harris.

As for Brandon Hughes, he remains in awe of Harris and the movement behind Aniah’s Heart to protect other families from the heartbreak associated with losing a loved one in a violent attack.

“From the first day I met Angela Harris, she has shown tremendous strength during a time of continual and unimaginable pain. I have an immense amount of respect for what she is doing in the wake of Aniah’s murder. Angela is making certain that her daughter’s memory and legacy live on, and she continues to fight to make sure no other parents have to experience what she and her family have had to go through. I am proud to stand with this family in the fight for justice for Aniah,” said Hughes.

Hughes is seeking the death penalty against Yazeed as he prepares to present the case to a Lee County Grand Jury for them to consider indictment. COVID-19, as well as the sheer volume of the case, has slowed the case down. 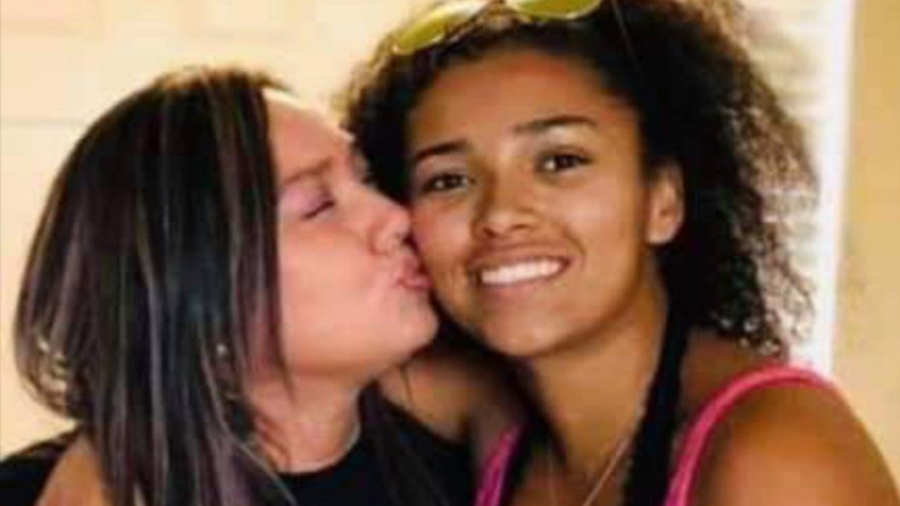