Protests planned ahead of anniversary of Dana Fletcher’s death

MADISON, Ala – Family and supporters of Dana Fletcher planned multiple demonstrations this weekend as the one year anniversary of Fletcher’s death approaches.

Dana Fletcher was shot and killed during an encounter with Madison police outside Planet Fitness on Highway 72 in October 2019.

To date, county and city law enforcement have not released body camera footage, the 911 call or Fletcher’s autopsy report despite pleas from the family.

“It’s great we have dash cams, oh it’s great we have body cams. They don’t have any regulations for them. They can throw it in this trashcan and never do anything with it,” said Fletcher’s sister to supporters at Creekwood Park Saturday.

“You put the same people back in office. At some point, they will affect a neighbor that you care about,” said Fletcher’s sister.

Fletcher’s family and their supporters have been protesting long before protests sparked by the death of George Floyd. Nearly every weekend a group holds protests in Madison while attending city council meetings on a regular basis.

With the recent removal of the Confederate monument at the Madison County Courthouse, supporters of the Fletcher family feel continued protests will pay off.

“That’s just one step. The monument is one step in getting change, justice and equality,” said Sherri Reese, a protest organizer.

The Fletcher family and their supporters have long believed law enforcement has not told the whole story. During a press conference in November 2019, Madison County District Attorney Robert Broussard said a review of evidence in the case indicated that police actions were justified.

During the press conference, reporters were shown still images from the body camera footage, but not the video in its entirety. Fletcher’s family has asked to privately view the footage, but authorities have declined their request. The family claims that they paid for an autopsy report but have never seen it.

“People can ask questions if you’re not being transparent. So why not for the Fletcher family?” Reese asked.

Through all the various protests, Fletcher’s daughter is almost always there alongside her mother and grandmother.

“I think for her, she deserves answers. She deserves to know because what she saw and what’s being put out in the media is not what she witnessed,” Reese said.

In July 2020, Madison police planned to hold an award ceremony for the officers involved in the shooting, but the city decided to cancel it, saying it was ill-timed. 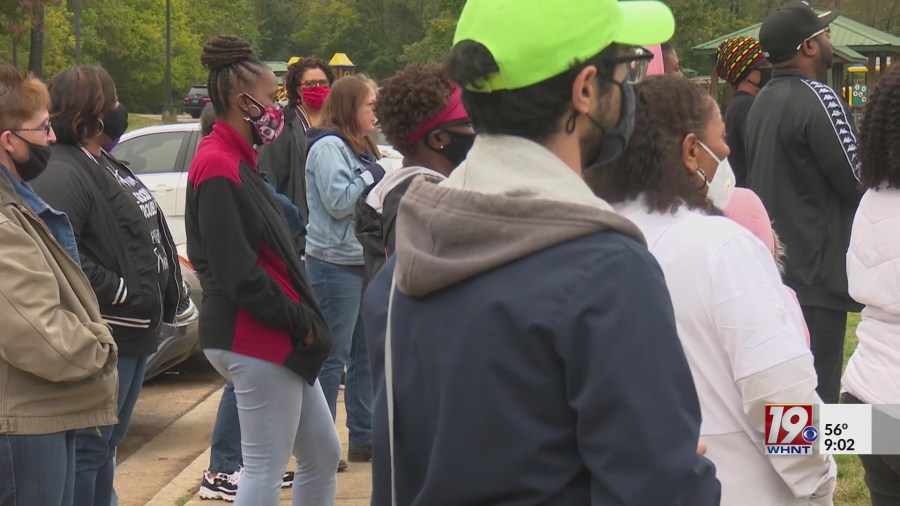