Kight was killed in the line of duty while conducting a routine traffic stop in 2005. He served with the Panama City Beach Police Department for six years. The memorial ride is normally done twice a year during both scheduled “Thunder Beach” events.

“It warms my heart, like I said, for today with all this rain that people are here, people loved him,” Kight-McVay said.

Despite the rain there was some good that came out of it, both Kight-McVay and her son, Brandon, had noticed that Kight’s memorial on Front Beach Road now has an added monument.

At the event Saturday, they were able to find the person behind the latest addition. It was recent Arnold High School graduate, Ross Smith, who collected donations for his Eagle Scout project to honor Kight. Josie Feraiolli, owner of Biker Bulletin Board, was in awe of Smith’s actions.

“What an interesting story, amazing how despite the rain, there was one positive thing came out of this,” Feraiolli said.

Feraiolli said she’s grateful to all the first responders and officers who have been present during the thunder beach events and it’s important to show them respect, especially officers like Kight who made the ultimate sacrifice. 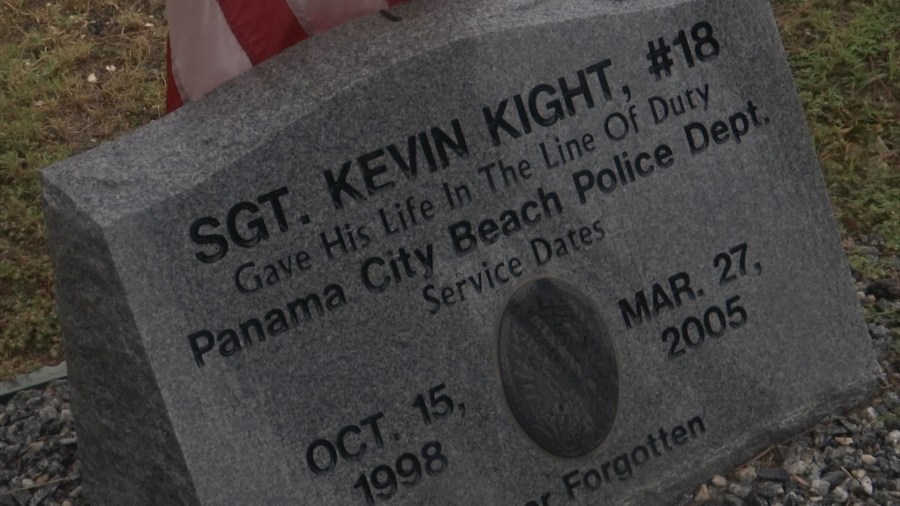