EDMOND, Okla. (KFOR) – They’re not quite old enough to vote, but they know who the candidates are.

Four-year-old twin girls from Edmond, Koti and Haven, are little balls of energy.

Every year, Garza goes all out for Halloween, but this year they had a larger audience … millions of TikTok users.

“I never imagined we’d have 2.6 million views on this,”  said Garza.

Millions of views in a matter of two days.

“They know they were Joe Biden and Donald Trump and see them on TV talking all the time, so they know they’re somebody. I don’t think they understand quite yet who they are,” said Garza.

The twins were born right before the election four years ago, and that’s where the idea came from.

“I had to hunt down some boys’ suits for them,”  said Garza.

The costumes came complete with campaign signs and even some facials.

Garza says her intention was just to have some fun.

“A lot of people on TikTok were going back and forth (about) their opinions and views and it ended up being a go vote message!”

Garza said she’s also teaching her girls along the way there’s nothing they can’t do.

Garza says the twins are already excited to dress up as the candidates in the 2024 election.

You can follow the twins on Tik Tok @garzacrew. 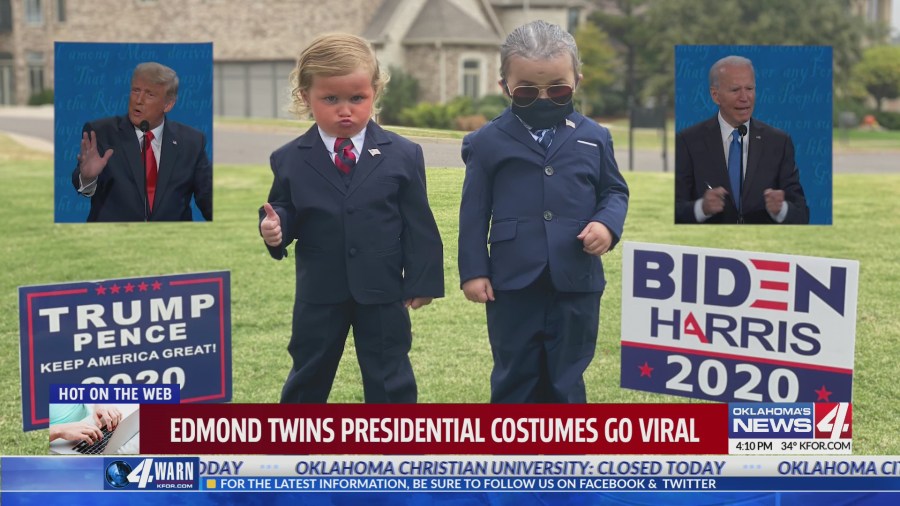