Alabama Democrats weigh in on voter accessibility, suppression ahead of election

HUNTSVILLE, Ala. — Since early September, people have been casting their in-person absentee ballots in Madison County. There have been similar opportunities to do so all over the state. But Alabama Democratic Party Chair Chris England said while these options have been helpful, absentee voting hasn’t been smooth sailing.

“A little bit of a shaky start,” he said. “We see lines all across the state of Alabama to go absentee vote in-person. And we’re also discovering that there are some issues with some mail-in voters not receiving their ballots.”

England acknowledges that voting during a pandemic is not ordinary but he says long lines with long waits aren’t an option for everyone.

“Being out there for two, three, sometimes four hours and you know, hoping that people will just give up and just go back to the house,” England said. “I think you see those things which beg the question, ‘if everybody wants you to vote, why is it so hard to vote?'”

He said that’s where leaders and legislators must jump in to make changes to the system. But England believes even amidst obstacles, people should remain firm in their right to cast a ballot.

“I think you’re seeing a president that knows that the more people that vote the less likely it is for him to win,” he said. “I think he is doing whatever he thinks is necessary to undermine our faith in the process to depress and suppress votes.”

England offered up a way for voters to report unusual circumstances at the polls.

“Call our voter protection hotline 833-GOVOTE2,” he said. “Anything you see, any funny business, any suspicious activity, if anybody’s attempting to influence you or harass you or intimidate you, call that number.”

England says if you have your absentee ballot in hand today, you’re better off turning it in at the courthouse than mailing it in.

News 19 also spoke with Alabama GOP Chair Terry Lathan about her outlook on the upcoming election.

You can expect to hear from her Friday. 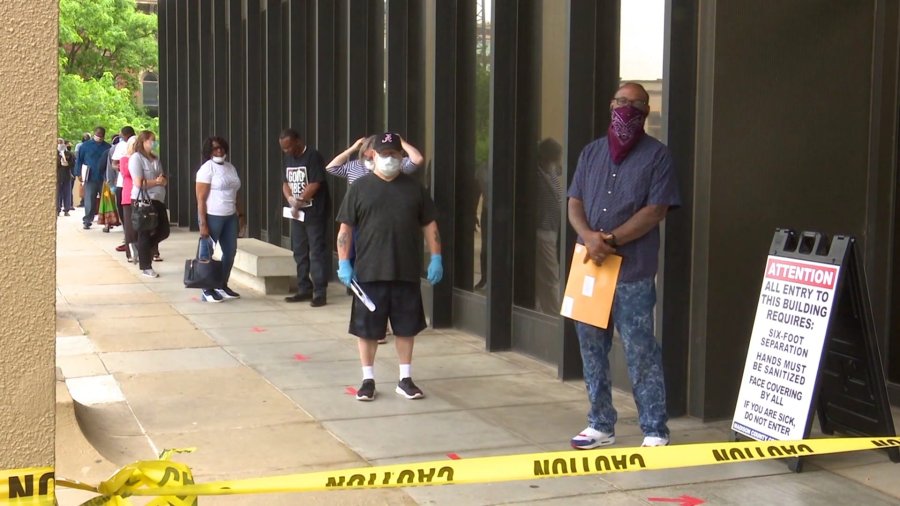