Ballot selfie laws: Is it legal to snap a photo in your state?

(NEXSTAR) – Amid a flood of early ballots and long voting lines in 2020, people may be especially excited to share a “ballot selfie.” Depending on where you live, however, you may want to rethink that social post.

In some states, sharing a completed ballot on social media is against the law. Some states allow it, but in others, the rules are less clear as the language of the law doesn’t specifically ban social media posts.

The issue made national headlines in 2016 when singer-songwriter Justin Timberlake flew from California to Tennessee to vote, then posted an image of himself at the voting booth on Instagram, drawing questions about possible illegality.

Here is a state-by-state breakdown of where it’s allowed – and not allowed – to post a picture of a completed ballot:

Alabama: Unclear. Alabama election officials say the use of a phone to take photographs inside a polling place is not allowed. Outside of the polling station, however, “voters are permitted to take a picture of or with their ballot, as long as they do not disclose the content of any other voter’s ballot or disrupt the voting process.

Alaska: No. Sharing photos of marked ballots is not allowed, but election officials have admitted that enforcing the rule is not practical.

Arizona: Unclear. The state law says photography is not allowed within 75 feet of polling places, but does not address marked absentee ballots.

Arkansas: Yes. According to a 2018 report from the AP, ballot selfies are legal in Arkansas.

California: Yes. In 2016 the section of the election code banning ballot selfies was repealed.

Colorado: Yes. Ballot selfies are fine after a state bill in 2017 changed the election code.

Connecticut: Yes. There is no law banning ballot selfies in Connecticut.

Florida: No. Florida statutes make it illegal for any voter to allow “his or her ballot to be seen by any person.”

Georgia: No. Georgia law makes it illegal to take photos of inside polling places or of ballots.

Idaho: Yes. There is no current law that would prohibit ballot selfies.

Illinois: No, absolutely not. It is a felony punishable to one to three years in prison to share your marked ballot with others.

Indiana: Yes. A judge ruled against a 2015 bill that would have made it illegal to take images of marked ballots to share on social media, clearing the way for voters to take ballot selfies in 2016.

Iowa: Unclear. The answer is yes, but, “loitering, congregating, interrupting, or hindering” another voter at a polling place is not allowed.

Kansas: Yes. Kansas law does not allow “unauthorized voting disclosure,” but that statute is understood to apply to ballot workers and election officials, the state’s director of elections said.

Kentucky: Yes. State law only forbids recording other voters, but does not prohibit selfies.

Louisiana: Yes. The AP reported in 2018 that ballot selfies are legal in Louisiana, but only if they are unmarked.

Maine: Yes. While officials say they “strongly advise” against it, there is no ban on posting images of a marked ballot.

Maryland: Unclear. State Board of Elections states that “you cannot use your cell phone, pager, camera, and computer equipment in an early voting center or at a polling place.” According to a representative for the state election board, it is not illegal in Maryland to share photos of a marked absentee ballot, “but it could jeopardize the secrecy of your ballot.”

Massachusetts: No. State law forbids anyone from allowing “the marking of his ballot to be seen by any person for any purpose not authorized by law.” Punishment may include imprisonment for up to six months or a fine of up to $100.

Michigan: Yes. Michigan voters are welcome to snap a photo of their ballot before exiting the polling station.

Minnesota: Yes. Just don’t show the image to another voter at the polling place or snap a pic of another person while there.

Mississippi: No. According to a 2020 press release voters are not allowed to take pictures of their marked ballots.

Missouri: Unclear. It’s OK to post a photo of the ballot – but not if it’s marked, CNN reports.

Nevada: No. State law bans ballot selfies at polling places. Absentee ballots are similarly restricted, according to the Reno Gazette-Journal.

New Jersey: No. New Jersey voters are not allowed to share photos of their marked ballots.

New York: No. Showing a completed ballot to others goes against state rules created in the 19th century to prevent delays at the polls.

North Dakota: Yes. There are no laws that specifically ban ballot selfies … as long as they don’t disrupt polling place operations.

Ohio: No. Ballot selfies are illegal under Ohio law.

Oklahoma: Yes. Gov. Kevin Stitt signed a bill in 2019 lifting the ban on ballot selfies, but social media photos taken “within the election enclosure” are not allowed.

Oregon: Yes. All voting is done by mail in Oregon where residents are free to photograph their ballots.

Pennsylvania: Unclear – counties can set their own policies when it comes to ballot selfies. Guidance on the Secretary of State website states that if cellphones are allowed voters can take a selfie of their own ballot only, but “we recommend you wait until after you leave the polling place to post ballot selfies on social media.”

South Carolina: No, state law prohibits anyone from showing their ballot to another person; the use of cameras is not allowed inside the voting booth.

South Dakota: No, voters are not allowed to “publicize an official ballot after it is marked to any person in such a way as to reveal the contents of the official ballot, or the name of any candidate for whom the person has marked a vote.”

Utah: Yes. In 2015 the law changed to allow ballot selfies, but it is still a misdemeanor to photograph another person’s ballot.

Vermont: Yes. there is no language forbidding ballot selfies.

Virginia: Yes. Ballot selfies are allowed in Virginia, however election observers are not allowed to take photos and video within the polling place.

Washington: Yes. Ballot selfies are legal, but it’s not legal to view another person’s ballot “for a purpose prohibited by law, such as vote buying.”

Washington D.C.: Yes. Election officials do, however, ask voters to respect others’ privacy and anonymity at the polls.

West Virginia: Unclear. In-person ballot selfies at polling places are not allowed, but there is no specific language banning absentee ballot selfies.

Wisconsin: No. “It is against the law to show your marked ballot to any person or to place a mark upon the ballot so it is identifiable as your ballot.”

Wyoming: Yes, as long as they don’t cause any disruption at the polls. While Wyoming law doesn’t prohibit ballot selfies, it does allow a judge of elections to preserve order. 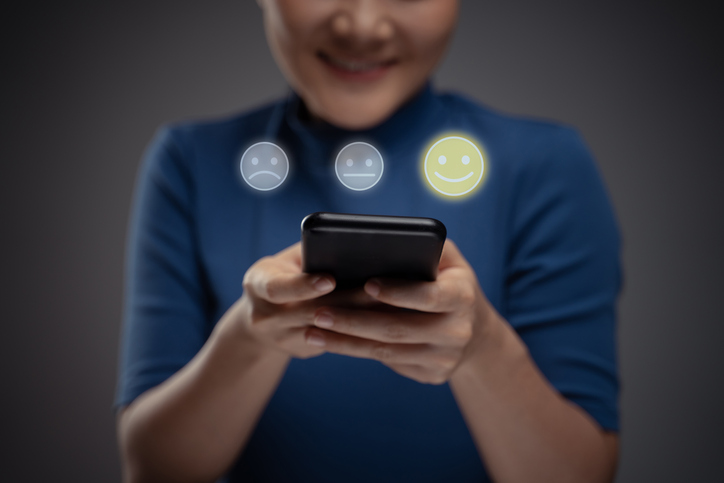