Problems at the polls? Here’s who you can call

While Alabama has seen nearly 300,000 absentee ballots cast, that likely means a million or more voters are still going to the polls on Election Day.

If you have trouble voting at your polling place, you have options to report it.

The U.S. Department of Justice has named Assistant United States Attorney Jason R. Cheek as District Election Officer for the Northern District of Alabama. He is responsible for overseeing the District’s handling of complaints of election fraud and voting rights concerns in consultation with Justice Department Headquarters in Washington. He can be reached at (205) 244-2001.

In addition, the FBI will have special agents available in each field office and resident agency throughout the country to receive allegations of election fraud and other election abuses on election day.  The local FBI field office can be reached by the public at (205) 326-6166.

News 19 spoke to Democratic Chairman Chris England Thursday about potential voting concerns. He advises people who have trouble voting or see anything suspicious at the polls to report it. Voters can call the Alabama Democratic Party protection hotline at (833) 468-6832 or the Alabama Republican Party at (205) 212-5900.

Alabama Republican Party Chairman Terry Lantan said, “There’s no campaigning 30 feet from the entrance of the door of the precinct. Outside of 30 feet, no problem. Voters may wear t-shirts and hats and buttons. They can dress red white and blue all they want, head to toe. When they go in to vote. A poll official may not, the workers may not.”

Voters may see poll watchers in Alabama on Election Day.

“The law in Alabama allows a poll watcher for each party to be in a precinct,” Lanthan said. “So we will have poll watchers in some precincts across the state, I’m sure Democrats will too.”

“It is our place to watch the process. If there is a kink in the process, then you go to the poll inspector and unkink it,” he said. If we don’t find out that it’s unkinked in a timely manner. Things, the laws are not being followed,  then it’s the right thing to do to pick the phone up and call the proper election authorities so we can get that fixed.

Lathan said the GOP will be ready.

“When we get those phone calls, we move very quickly, we have a process, we know who to call, and immediately things happen. And nine out of 10 times, the good news is, they’re taken care of.” 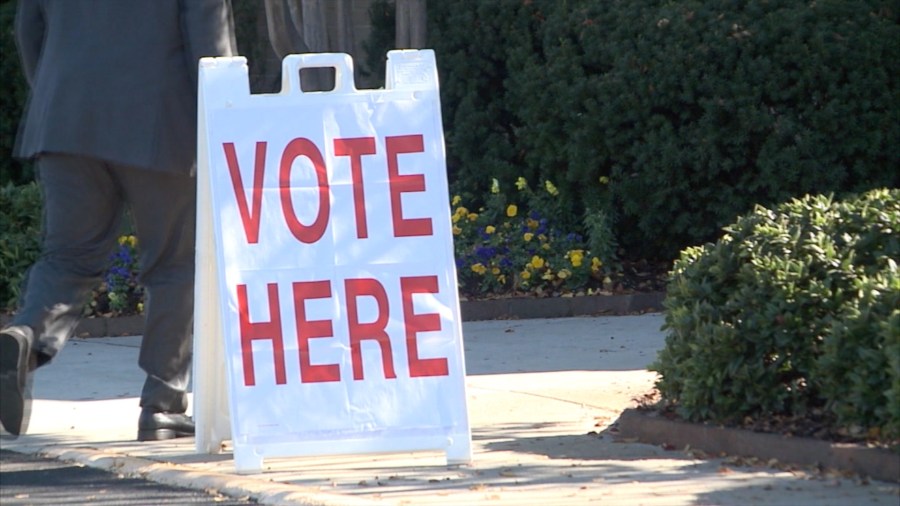