LIMESTONE COUNTY, Ala. – Sixty-three Alabama counties are implementing a way to speed up the voter check-in process this election.

In the 2016 general election, only 25 counties across Alabama used electronic poll books. In 2020, 63 of the 67 counties will be using them to improve security, speed and efficiency of the voter check-in process.

“Up until March 3rd, registration clerks would locate your name on a paper roster, they would go through a binder and have to flip page after page after page to find you on the roster to mark you out,” says Judge Woodroof.

Electronic poll books, or poll pads, replace the binders with papers that voters previously used to sign in to vote.

Limestone county implemented the use of them on super Tuesday in March. Now, the county has added more for the general election.

“We’ve added an extra poll pad in our in 10 of our 11 largest locations, we’ve actually added two pole pads in our largest location on County Line Road at Lamb of God Lutheran Church. Over 7,000 registered voters in that precinct,” says Judge Woodroof.

Judge Woodroof says this process is much quicker than the previous.

“Every registration clerk can process any voter, so if you have five electronic pole pads and registration tables. Any voter can go to any pad, any line, anytime,” says Woodroof.

The voter’s driver’s license will be scanned and they will sign their name on an iPad device. A nearby machine will print out a receipt that includes a valid voting id.

“Take that ballot ticket to the ballot table to receive the ballot style assigned to their residents based on where they live, much faster check in than it has been in the past,” says Woodroof. 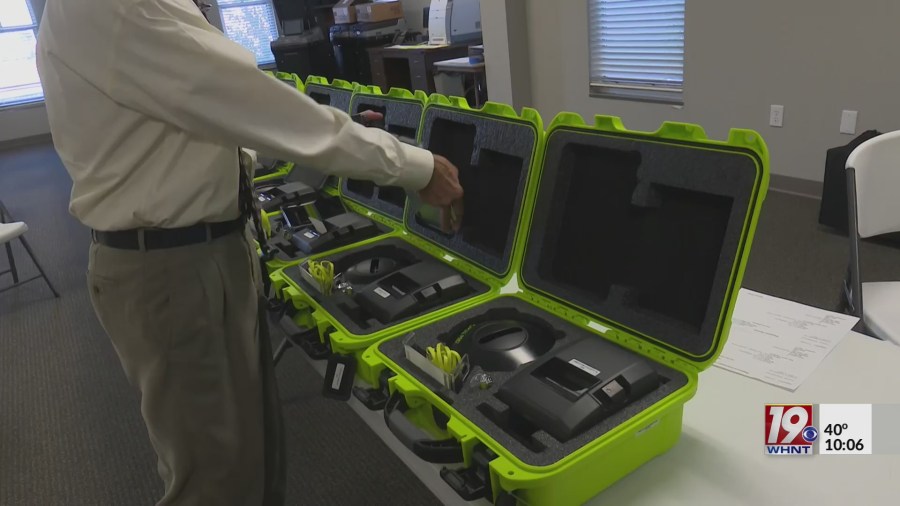