‘We’re on track to win’ Biden tells crowd in Delaware

WILMINGTON, Del. (NEXSTAR) — Former Vice President Joe Biden thanked supporters for their patience and told the crowd at a drive-in amphitheater in Delaware early Wednesday that “we feel good about where we are.”

“I’m here to tell you tonight we believe we’re on track to win this election,” Biden said, while standing beside his wife, Jill Biden.

He added that the time it will take to count the high number of mail-in ballots isn’t a surprise or cause to worry.

“It ain’t over until every vote is counted,” Biden said.

Biden and Trump were locked in tight races in battleground states across the country throughout the night Tuesday.

Biden picked up the first two battleground states of the night, Minnesota and New Hampshire, a pair of modest prizes that Trump tried to steal from Democrats. But races were too early to call in the most fiercely contested and critical states on the map, including Florida, North Carolina, Georgia and Pennsylvania.

“We’re still in the game in Georgia, but that’s not one we expected,” Biden said. He also vowed to win Pennsylvania and said he was confident about victories in Michigan, Wisconsin and Arizona.

Americans made their choices as the nation faced a confluence of historic crises with each candidate declaring the other fundamentally unfit to navigate the challenges. 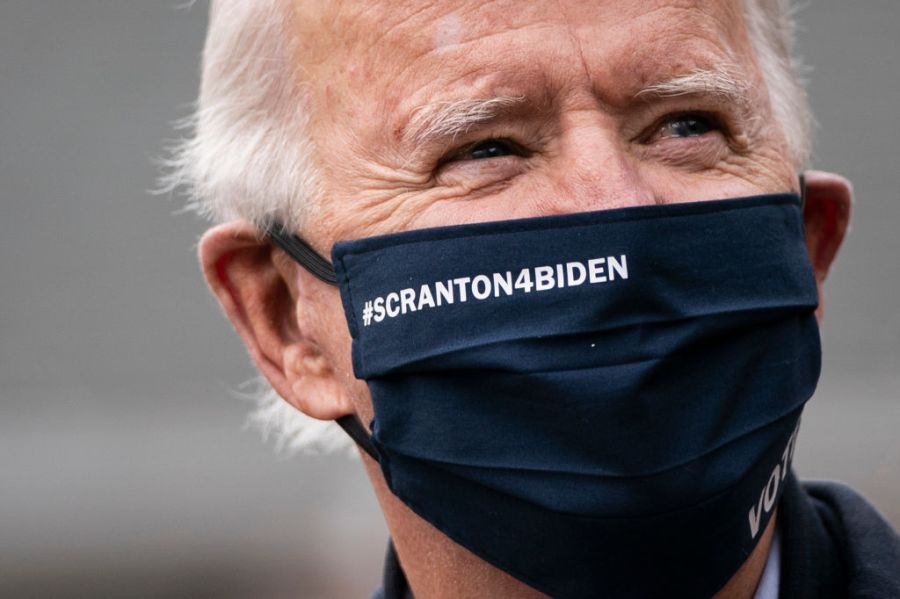