FYFFE, Ala. — Fyffe may be well known for successful high school football teams.

However, one former bull rider turned stock breeder and contractor is giving it something new to be known for.

Rickey West has decades of experience working with bucking bulls.

“When I was riding, I was always infatuated with animals. I loved bulls,” said West. “In 2002 when I quit, I went full time raising and hauling bulls and in 2003, that was my first year to go to the PBRs.”

He primarily leases his bulls to Professional Bull Riders events.

West’s bulls “Choctaw Bingo” and “Bullseye” are competing in the 2020 PBR World Finals, which is the bull riding equivalent of baseball’s World Series or football’s Super Bowl.

West told News 19 that this year is extra special because the coronavirus forced the PBR to shorten the competition and lease fewer bulls to compete.

“It means a lot to us. We work hard and you know hard work pays off. We want to go represent not only Fyffe, but the state of Alabama and the Southeast,” explained West.

“Choctaw Bingo” and “Bullseye” are two of 85 bucking bulls chosen from a pool of 2,000 from across the United States and Canada.

“With the COVID, it cut us back on a lot of events, so we really didn’t get to showcase our bulls as much this year and to get these 2 qualified for the finals, I mean, there’s a lot of really good bulls that are still at home that’s good enough to be there that’s not getting to be there,” added West.

PBR World Finals bucking bulls are decided based on their buck, kick, spin, degree of difficulty, and intensity.

It can be watched on CBS Sports Network. 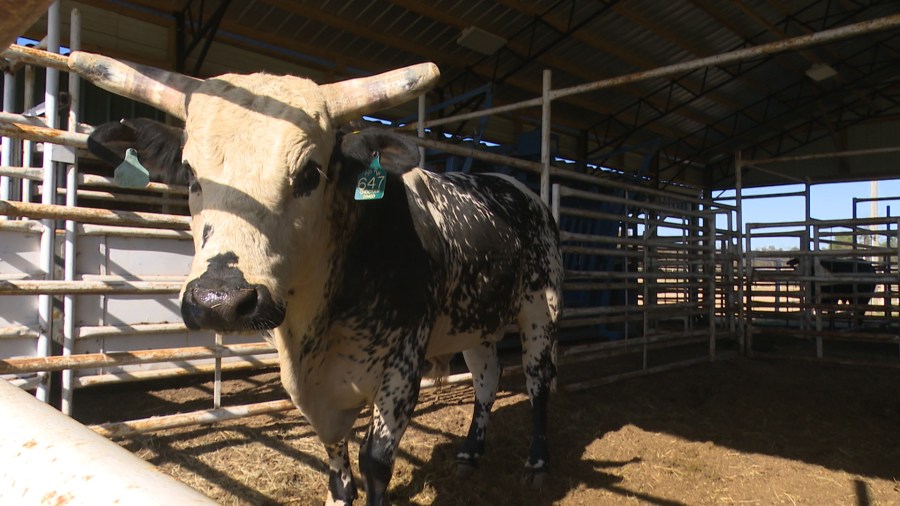