Not all businesses benefit from new safer at home order

HUNTSVILLE, Ala. — Gov. Kay Ivey extended Alabama’s Safer at Home order through December 11th with adjustments that lift emergency occupancy rates for retailers, fitness centers and entertainment venues. However, the changes are basically meaningless to some businesses.

The Lucky Dice Cafe serves as a restaurant, gaming entertainment center and a retail hobby shop that caters to gamers.

At one point, the owners had to reach out to health officials to figure out which health mandates applied to their multifaceted business.

“We had to call the Governor’s office. We had to call the City of Huntsville. We got referred to the State Department of Health on how we had to handle the store because we are three things in one,” said Howard Bruce, the owner of Lucky Dice Cafe.

News 19 actually shared the recent health update with Bruce and after he looked at it, he came to the conclusion that it didn’t really change anything for Lucky Dice.

“Our capacity can go back up to 200. That’s great. But our seating is set up for half capacity. I really can’t get more tables in here without putting the tables too close,” said Bruce.

News 19 reached out to a few entertainment venues that shared the same sentiment.

Table space is important to Lucky Dice because they use it for eating, and they have dedicated table areas for their gaming offerings. They are a popular board game and digital gaming hangout. The owners say the pandemic has kept their regulars away from the shop.

“We’ve lost, pre-COVID to where we are at right now, about 33 percent of our customers,” said Brock.

Lucky Dice says they are content in following the Safer at Home order along with health mandates. They don’t believe they would have more customers if there were less restrictions in place.

“Even if they were to release everything, everything were to go back to normal, without a vaccine, those people would not come in, ” said Bruce.

Lucky Dice was forced to close earlier in the pandemic but has since reopened and has been seeing a steady, reduced stream of customers. 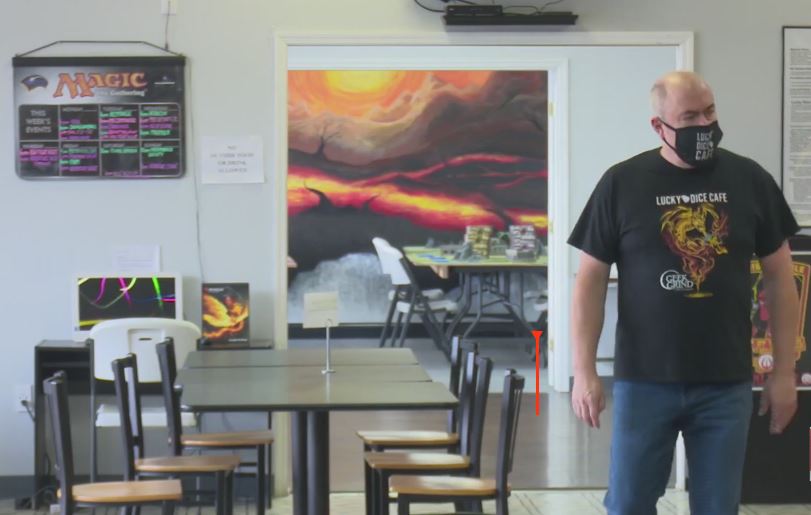