ARAB, Ala. – Arab city leaders and employees are frustrated after graffiti was spotted at the city park baseball field

“It wasn’t any racial slurs or anything like that but it was definitely inappropriate,” said Arab police chief Shane Washburn.

“This is one area that they have vandalized and we have some more down this way. They’ve got the ceiling through here and they’ve got another building over there in that dug out,” said Arab Parks and Recreation director Eric Hayes as he showed News 19 where the graffiti was.

The graphic drawings have been painted over since the graffiti was found, but broken locks and dented doors will take longer to fix.

“Instead of having new things, we’re having to spend this money to repair property and stuff that they’re damaging now so we could be utilizing this money other places,” explained Hayes.

This is not the first time the city parks facilities have been vandalized. It’s been a recurring issue since the summer.

Cameras have caught some of the vandals in the past, but not this time.

“We’ve been hit five or six times, our skateboard park, the field we’re at, they got both of our dugouts, they got our concession stand, they got the umpire room, spray paint, graffiti,” said Hayes.

Hayes said he thinks the vandalisms may be connected.

“Everything is kind of similar. It may be different color paints, but it’s been the same type of marking,” explained Hayes.

Both he and Hayes are urging the vandals to stop.

“If you are doing it, try to find something more constructive ways of your time instead of actually damaging someone’s property,” said Washburn. “It’s a crime of nonsense too because nothing comes out of it. There’s a lot of work on the other end after the crime is committed that we have to fix the damage or paint over it, so I know it may only take a few seconds to cause that graffiti, but the ripple effect of that is quite large.”

A curfew at 11 p.m.m is in effect, but Hayes said they will add more.

Washburn has increased patrols through the area to deter vandalism.

There is a growing reward fund for any information leading to whoever has been committing these misdemeanors. 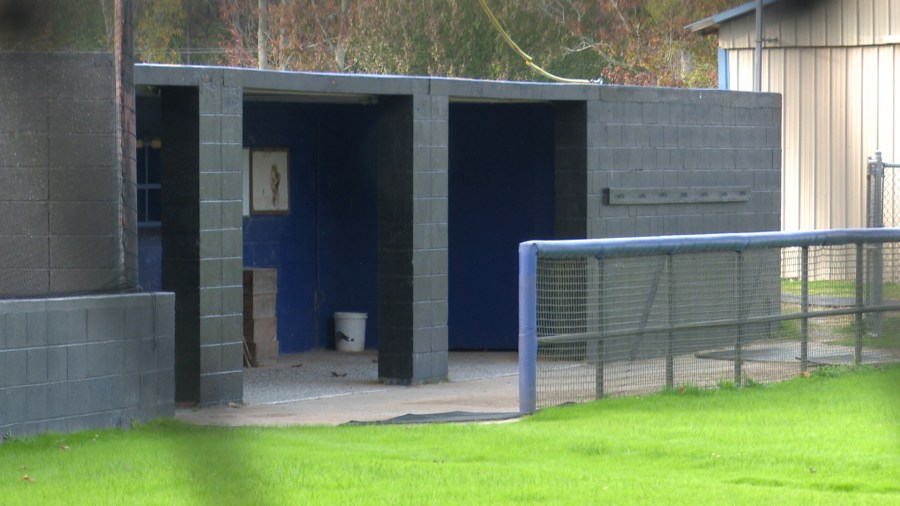