HUNTSVILLE, Ala. – Rodney Smith Jr., a name many people in North Alabama are now familiar with. Smith founded the organization Raising men lawn care and has traveled to all fifty states mowing for free for seniors and veterans. Friday he was given a gift that will help him continue his work.

A driving force for good, that’s what many people call Rodney Smith Jr. A Huntsville business wants him to be able to continue traveling across the county helping people.

So, Woody Anderson Ford put their idea into high gear.  On Friday, a man so used to giving, had a time to receive. The dealership gave him a brand new 2020 Ford Edge.

“It will be used for delivering more lawn mowers to kids, and it will also be used to do more fifty-state tours, and do more tours for different causes,” Rodney Smith said.

This isn’t the first time Smith has been given a car from Woody Anderson Ford. He was gifted one a few years ago. Now, he is going to donate that vehicle to a family in need.

Smith has driven across the country multiple times. But lately he has been on a different journey. Instead of hitting the road, he is trying to stay, In the United States.He announced last month that he is facing deportation.

“I have an immigration lawyer named Stephen Davis. We have decided to go for the EB2 national interest waiver, and we believe it’s going to work out. We’re about to file it next week. It’s just a waiting process after that,” he explained.

Smith has received hundreds of letters of support.

“It’s just touched me. I mean I was crying a little bit because I didn’t know people felt that way about the organization and myself,” he said.

A little touched , a little surprised, and with a little help from the community, he is eager to continue putting the pedal to the metal on his mission.

If he can stay in the US, Smith hopes to eventually expand his organization a create different chapters.

Smith has a petition people to sign to advocate for his stay in the US.

People can send letters of support to addressed to USCIS to: 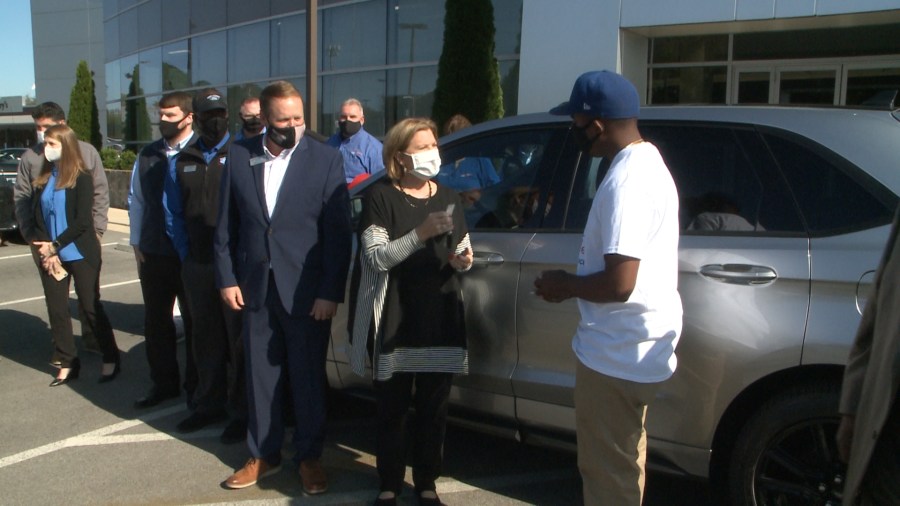