Joe Biden vows to work for all voters in address to nation: ‘We’re not enemies, we’re Americans’

WILMINGTON, Del. (NEXSTAR) – Joe Biden struck a tone of hope and calm in his address to the nation from Wilmington Friday night.

The former vice president again declined to claim victory as the ballot count continues in battleground states Pennsylvania, Georgia, Nevada and Arizona, but expressed confidence about the outcome.

“The numbers are clear,” Biden said. “We’re going to win the race.”

Biden noted the historic vote total – more than 74 million people cast their ballot for the former vice president, the most ever for a U.S. presidential candidate – and said the people have given a mandate for action on COVID-19, climate change, the economy and racial justice.

He acknowledged the problems the country faces, particularly the pandemic’s rising death toll and the “millions (who) are worried about making rent, putting food on the table.”

Biden said his team is not waiting and is readying responses to COVID-19 and other issues the country faces.

Toward the end of the address Biden spoke about division within the United States, recognizing that “we may be opponents, but we’re not enemies – we’re Americans.”

He urged the country to put the “anger” and “demonization” behind.

Biden said he hopes to address the American people Saturday. 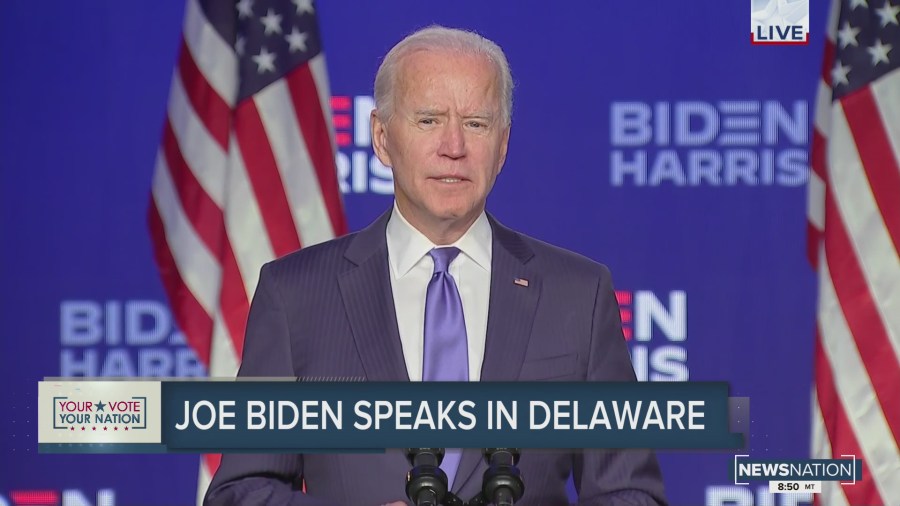