Live election updates: Vote counting continues across the country as the wait drags on

CHICAGO (NewsNation Now) — As the remaining ballots are being counted in several battleground states, the path to the U.S. presidency is narrowing Saturday morning, four days after Election Day.

Get live election results now on NewsNationNow.com and the free NewsNation Now app.


The presidential race is not decided; here are the states we’re waiting for

All updates in eastern standard time.

WASHINGTON — The fourth day of waiting continued Saturday as battleground states counted votes overnight across the country. The delay in producing a verdict can be attributed to high turnout, a massive number of mail-in ballots and slim margins between the candidates.

The states that have not been called by the Associated Press are: Georgia, North Carolina, Alaska, Pennsylvania and Nevada.

Biden has a lead in Georgia, Pennsylvania and Nevada whereas Trump has the lead in North Carolina and Alaska.

More votes are expected to come down from Pennsylvania on Saturday. There is an intense focus on Pennsylvania, where Biden led Trump by more than 28,000 votes Saturday morning.

Nevada is expected to release another batch of ballots in Las Vegas’ Clark County at noon (ET) on Saturday. The county is expected to be done counting this weekend. It is Nevada’s most populous county, accounting for 75% of the state’s population. As of 7 a.m. ET Biden had a lead of more than 22,000 votes over the president.

In Georgia, Biden had a narrow lead over Trump by a little more than 4,000 votes with 99% of the vote counted.

Trump had a lead of more than 54,00 votes over Biden in Alaska with half of the votes counted.

In North Carolina, the president held a sizable lead over his Democratic challenger by more than 75,000 votes.

Another batch of votes are expected on Saturday at 11 a.m. (ET) in Maricopa County, Arizona. The Associated Press has already called that race to Biden.

While, Trump’s campaign has already called for a recount in Wisconsin, but several closely contested states in the presidential election may re-tally their votes if totals fall within a certain margin. Here are key rules that determine how seven battleground states handle recounts.

PHOENIX — Pro-Trump protesters — some of them carrying rifles and handguns — rallied outside vote-tabulation centers in a few cities around the country Friday night into Saturday morning, responding to Trump’s groundless accusations that the Democrats were trying to steal the election.

Roughly 100 Trump supporters gathered for a third straight day in front of the elections center in Phoenix, where hundreds of workers were processing and counting ballots.

How NewsNation will report election results

NewsNation’s television broadcast and digital properties will rely on The Associated Press for all vote counting and race calls. NewsNation chose to rely on the AP because they call races based on the facts.

According to the AP, a race is only called when they “conclude that the trailing candidate will not catch the leader.” In fact, AP did not call the closely contested race in 2000 between George W. Bush and Al Gore, standing by its assessment that the margin in Florida made it too close to call. You can read more information about how AP calls races here.

We may not know who won the presidential election on Tuesday night. The biggest factor that may slow things down this year is the millions of Americans who voted by mail rather than risk being in a crowd during the coronavirus pandemic. In general, mail ballots take longer to count. 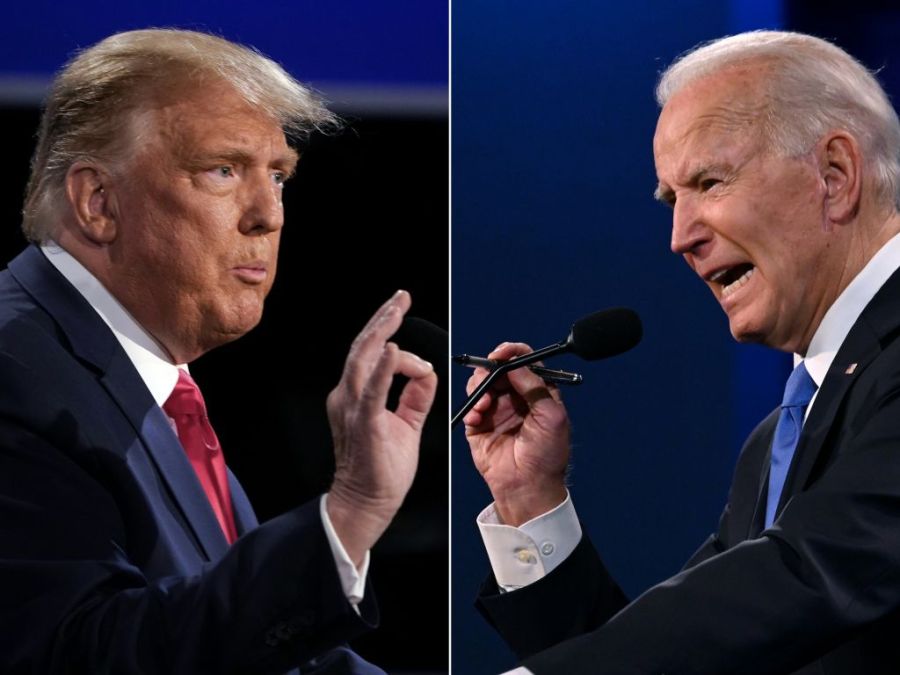