HUNTSVILLE, Ala – Both the Alabama Republican and Democratic parties took time this weekend to reflect on what’s next, now that there appears to be some resolution in the race for the highest office in the country.

“We need to look at ourselves as the farm team for the leaders at the state and federal level,” said Phillip Green, the GOP Chairman in Colbert County.

News 19 talked to Green because it appears a major strategy for both parties is a major grassroots push to control hyper-local offices and positions of power.

“There was a guy named Barack Obama. He was a state senator in 2004. You’ve got to remember, that’s the pipeline for leadership,” Green said.

Chris England, the Chairman of the Alabama Democratic Party, says the stronger your individual communities are as it pertains to their political leanings, the more it pays off in the national picture.

According to England, you don’t have to look to far to see how the aggressive grassroots strategy pays off. Just look at Georgia and the General Election, which is headed to a recount.

“The Democratic Party overall… white, black, male, female… different efforts came together and created a result that is not just positive for Democrats but positive for America,” said England.

The Alabama Democrats appear to have their work cut out for them following Republican Tommy Tuberville’s recent victory for Senator Doug Jones. Colbert County GOP Chairman Phillip Reed says the goal is to find more people like Tuberville to run for office. Tuberville did make millions of dollars in his college coaching career and had name recognition unlike regular working class people.

Green still believes future GOP candidates will not be as politically versed. He points to how career Republican politicians before Trump, appeared to stray from party values.

“The involvement of government and their programs have been expanded. Taxes have been increased. Under the leadership of Republicans themselves,” said Green of D.C. prior to President Trump.

Green says their is serious distrust within communities when it comes to political resumes.

“There’s one case in particular, where a candidate had served on a city council. It seemed perfectly reasonable to say I served on council and have experience. Someone in a meeting said look, leave that off,” said Green.

While Democrats and Republicans appear to both be focusing on grassroots movements, they both agree the largest hurdle is getting some people to care for local elections.

“We are going to have to work through that to make sure we drive more local interest in races,” said England. 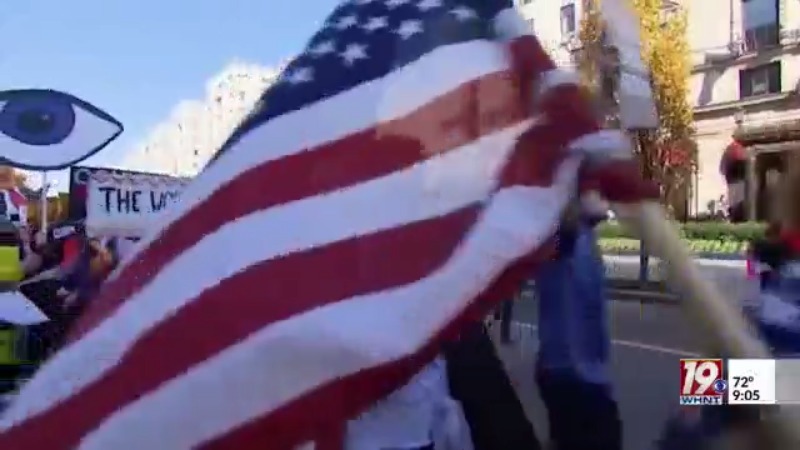