WASHINGTON (NewsNation Now) — President Donald Trump’s campaign continues to file lawsuits and legal challenges throughout the country over the results of the presidential election.

President-elect Joe Biden defeated Trump to become the 46th president of the United States on Saturday, as called by the Associated Press. Trump has not conceded.

The Trump campaign has alleged voting fraud, filed lawsuits and called for at least one state recount as it attacked the integrity of the U.S. voting system.

Trump released a statement shortly following the election of Biden which read in part:

“Beginning Monday, our campaign will start prosecuting our case in court to ensure election laws are fully upheld and the rightful winner is seated. The American People are entitled to an honest election: that means counting all legal ballots, and not counting any illegal ballots. This is the only way to ensure the public has full confidence in our election. It remains shocking that the Biden campaign refuses to agree with this basic principle and wants ballots counted even if they are fraudulent, manufactured, or cast by ineligible or deceased voters. Only a party engaged in wrongdoing would unlawfully keep observers out of the count room – and then fight in court to block their access.

Biden addressed the nation on Saturday night. He did not address the pending ligation but said the nomination was the honor of his life.

“It’s the honor of my lifetime that so many millions of Americans have voted for that vision,” Biden said.
“And now, the work of making that vision is real, it’s a task — the task of our time.”

Here is where the lawsuits and vote recount requests stand in each state:

The Trump campaign and Republican National Committee filed a lawsuit Saturday in Arizona that seeks the manual inspection of potentially thousands of in-person Election Day ballots in metro Phoenix that they allege were mishandled by poll workers and resulted in some ballot selections to be disregarded.

The legal challenge against Democratic Secretary of State Katie Hobbs centers on instances in which people are believed to have voted for more candidates than permitted.

The lawsuit, filed in state Superior Court in Maricopa County, said poll workers told some voters to press a button after a machine had detected an “overvote.”

The campaign said that decision disregarded voters’ choices in those races, and the lawsuit suggested those votes could prove “determinative” in the outcome of the presidential race.

The lawsuit was filed hours after the dismissal of another Arizona election lawsuit that contested the use of Sharpie markers in completing Election Day ballots in Maricopa County. Even though election officials have said voting with a Sharpie would not invalidate a ballot, many social media users in the controversy known as #Sharpiegate have falsely claimed their ballots had been invalidated because they were told to use the markers.

Hobbs spokeswoman Sophia Solis said the secretary of state’s office is still reviewing the lawsuit, but added that the latest lawsuit “is seemingly a repackaged ‘Sharpiegate’ lawsuit.”

Several court battles are pending in the battleground state of Pennsylvania.

Trump campaign lawyer, Rudy Giuliani said the campaign will begin prosecuting their case of fraud against the state of Pennsylvania Monday.

Earlier this week, a federal judge dismissed the Trump campaign motion for injunction to stop counting ballots and allow poll watcher access because of an agreement between the parties. The order does not say what the agreement is, just that the judge dismissed the motion for the injunction because of agreement between the campaign and Philadelphia Board of Elections.

The Trump campaign is fighting Philadelphia election officials over vote counting in the city, which continued on Saturday. A state court on Thursday granted the campaign closer access to the proceedings, a ruling that officials have appealed.

The City of Philadelphia Board of Elections has said its observation rules were needed for security reasons and to maintain social distancing protocols.

Trump’s campaign on Wednesday filed a motion to intervene in a case pending before the U.S. Supreme Court challenging a decision from the state’s highest court that allowed election officials to count mail-in ballots postmarked by Tuesday’s Election Day that were delivered through Friday.

Pennsylvania election officials have said those ballots were already being separated.

The justices previously ruled there was not enough time to decide the merits of the case before Election Day but indicated they might revisit it afterwards.

Pennsylvania’s Secretary of the Commonwealth Kathy Boockvar has said late-arriving ballots are a tiny proportion of the overall vote in the state.

As of Sunday morning, all lawsuits filed by the Trump campaign in Michigan had been dismissed.

The Michigan lawsuit claimed Secretary of State Jocelyn Benson, a Democrat, was allowing absentee ballots to be counted without teams of bipartisan observers as well as challengers.

Judge Cynthia Stephens dismissed a lawsuit Thursday afternoon. She said Benson was the wrong person to sue because she doesn’t control the logistics of local ballot counting, even if she is the state’s chief election officer.

A voter, a member of the media and two candidate campaigns sued Nevada’s secretary of state and other officials to prevent the use of a signature-verification system in populous Clark County and to provide public access to vote counting.

A federal judge rejected the request on Friday, saying there was no evidence the county was doing anything unlawful.

The case was dismissed on Thursday. 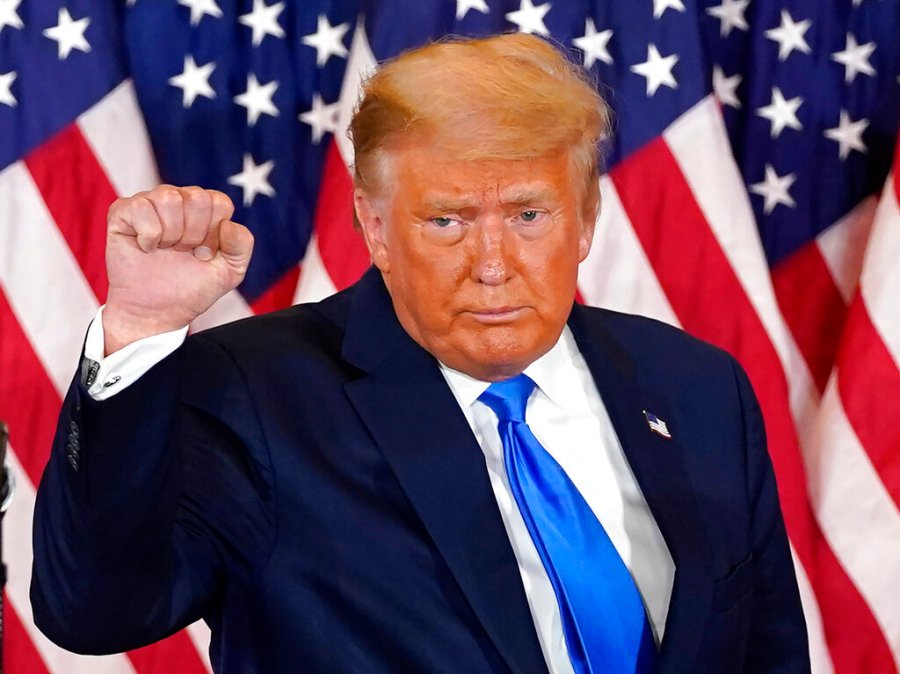