HUNTSVILLE, Ala. – In the past two years, one former U.S. Army medic has been part of a group helping the memorial continue to look its best.

Under the stars and stripes of the downtown Veterans Memorial in Huntsville, every last Saturday of the month, you’ll find a cleaning crew.

Two North Alabama Boy Scout Troops, along with Huntsville’s Rotary Club deep clean the memorial’s monuments as a ‘thank you’ to those who serve.

One of the scout leaders heading up the effort is Army Veteran, Dr. Tracy Armstrong.

“It brings me joy to see other people coming and enjoying the memorial. Especially when I can tell and see it in their eyes that they haven’t been here before and they see it for the first time, and they stand and reflect themselves,” Armstrong said.

He visits the memorial a few times a week to meditate and reflect on his own eight years of service.

Armstrong said coming to the memorial brings those emotios back.

Whether he’s coming to the memorial after work to meditate or coming on a Saturday to clean, he always makes sure to stop by one monument to pay his respects.

“The combat medic monument is fantastic, absolutely fantastic and I really appreciate it,” Armstrong said.

Armstrong began to weep as the feeling of gratitude overwhelmed him.

He said he sometimes wonders if he should have remained active duty serving his country, but he’s learning the definition of service can mean many things.

“I’ve learned that there’s other ways to serve my community other than combat, other than being out of the country in a different theater. Coming down here and cleaning, being in Scouts, fostering young children and helping them develop a sense of community and service. There’s many more ways we can serve and I try to find new ways all the time,” he said. 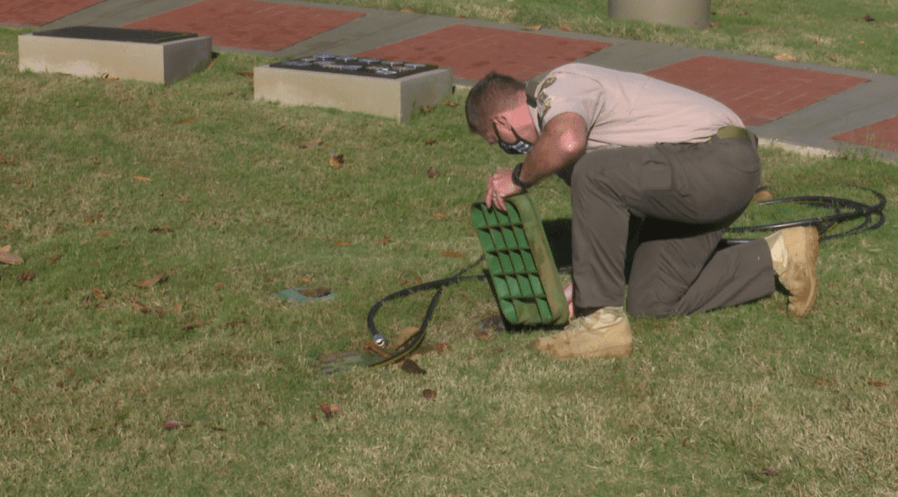