HUNTSVILLE, Ala. – More than 40,000 people are participating in Pfizer’s COVID-19 vaccine trial. One Huntsville man is now wondering if he’s one of the 94 people to contract COVID-19 during the trial period, only to have the treatment successfully eliminate the virus.

“It would be great to know. I am over 65 and I have diabetes. I’m at a higher risk to begin with,” said Howard Ross of Huntsville.

Ross, who also has a loved one battling cancer, will not likely know if he was successfully treated by the trial until the trial itself is complete. That’s usually how pharmaceutical trials work. Ross could have received a placebo.

Ross was tested for COVID-19 before every injection he took during the trial. He was inoculated in mid-August. His Ccoronavirus test was negative. Ross got a booster shot on September 9th. The COVID test he took prior came back positive days later.

“It was a little bit shocking. It was especially shocking when my girlfriend saw the email first,” said Ross.

Today, Ross is COVID free. The process has Ross eager to know if the vaccine and booster helped him fight the virus.

“Before I found out I turned positive, I had gotten the booster. That night my temperature went to 102 degrees. I got chills. I got a sore stomach. It was the first time in my life where I was glad to be sick because I thought that was from the booster,” said Ross.

Pfizer doesn’t actually have direct access to all the data that Ross would love to have. There’s an independent data review committee heading that up to keep the process conflict-free.

As for Ross, he wants people to know the study has been largely independent. He’s not at a medical facility being poked by doctors all day. He goes in, gets a shot, and takes a survey to describe how he’s feeling. Pfizer did send a self-swab testing kit.

“If I hadn’t done anything, it’s not like I would not have been any better off than I am now,” said Ross.

Participants in the trial are paid. Some participants report getting $5 every time they answer their survey along with getting paid a few hundred dollars earlier in the process.

The next part of the trial for Ross involves blood work in about a year. 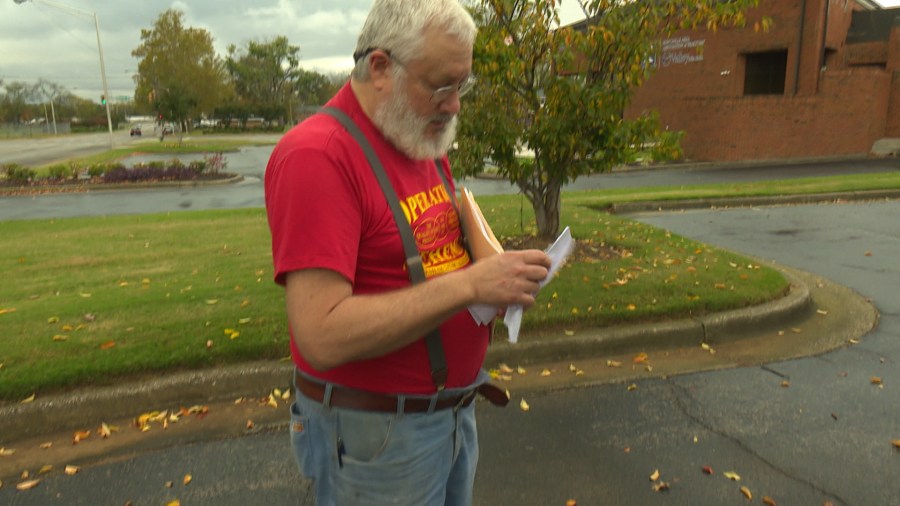