No. 25 Tulsa is ranked in The Associated Press college football poll for the first time in 10 years and No. 9 Indiana is set to play the first top-10 matchup in program history.

The AP Top 25 was mostly stagnant Sunday after four of the top five teams did not play and only one ranked team lost this weekend.

Alabama is No. 1 for the second straight week, with 60 first-place votes. No. 2 Notre Dame received one first-place vote and No. 3 Ohio State got the other. The rest of the top eight was unchanged: Clemson is No. 4, followed by Texas A&M, Florida, Cincinnati and BYU.

Indiana moved up one spot to ninth — the Hoosiers’ best ranking since they were fourth in the 1967 poll — heading into a matchup with Ohio State on Saturday.

Tulsa moved into the rankings after beating American Athletic Conference rival SMU, knocking the Mustangs from the Top 25.

The Golden Hurricane were last ranked in the final poll of the 2010 season at No. 24. The last time Tulsa was ranked during the regular season was two years before that, when coach Todd Graham had the Golden Hurricane as high at No. 19.

Clemson has now been ranked in the top five for 50 consecutive weeks, the longest active streak in college football and the third-longest streak in the history of the AP poll.

The Tigers reached No. 4 on Nov. 5, 2017, and have been in the top five ever since. The longest streak of top-five rankings belongs, of course, to Alabama. The Crimson Tide’s record streak was snapped last year at 68 consecutive polls.

The second-longest run of top-five appearances is Miami’s streak of 55 from 2000-03. 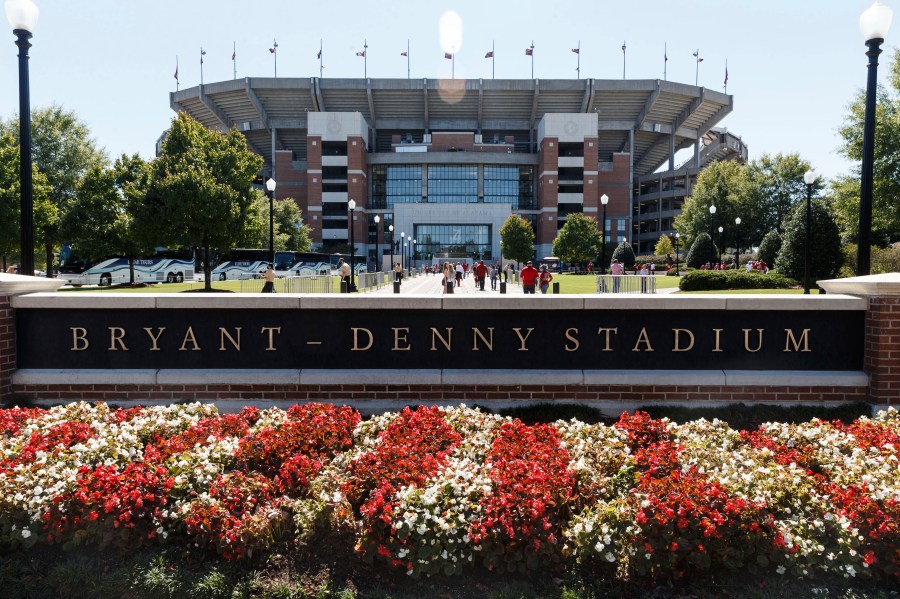