CAPE CANAVERAL, Fla. (NewsNation Now) —  Four astronauts climbed aboard a SpaceX rocket Sunday for a night ride to the International Space Station, although th prospects of good weather were just 50-50 and the company’s leader was sidelined by COVID-19.

Vice President Mike Pence was expected at NASA’s Kennedy Space Center for the long-awaited start of regular crew rotations aboard privately owned and operated capsules. It also marked only the second time in nearly a decade that astronauts were set to rocket into orbit from the U.S.

SpaceX announced a 24-hour weather delay of their planned launch Friday. The liftoff time slipped from Saturday to Sunday evening due to forecasts of gusty, onshore winds over Florida – remnants of Tropical Storm Eta – that would have made a return landing for the Falcon 9 rocket’s reusable booster stage difficult, NASA officials said.

SpaceX’s newly designed Crew Dragon capsule, dubbed “Resilience” by its crew, was rescheduled for launch atop the Falcon 9 at 7:27 p.m. Eastern time on Sunday from NASA’s Kennedy Space Center in Cape Canaveral. They named their capsule Resilience given all the challenges in 2020, most notably the global pandemic.

The crew for the flight to the International Space Station includes three American astronauts – Victor Glover, Shannon Walker and the mission commander, Mike Hopkins, a U.S. Air Force colonel who is to be sworn into the fledgling U.S. Space Force once aboard the orbiting laboratory.

The fourth crew member is Japanese astronaut Soichi Noguchi, making his third trip to orbit after flying on the U.S. space shuttle in 2005 and a Russian Soyuz spacecraft in 2009.

The journey to the space station – lengthened from about eight hours to a little over a day by the new launch time – is considered SpaceX’s first “operational” mission for the Crew Dragon.

A so-called test flight of the vehicle to and from the space station with two crewmen aboard the Dragon in August marked the first space flight of NASA astronauts launched from U.S. soil in nine years, following the end of the shuttle program.

The advent of the Falcon 9 and Crew Dragon represents a new era of commercially developed space vehicles – owned and operated by a private entity rather than NASA – being used to carry Americans into orbit.

“The history being made this time is we’re launching what we call an operational flight to the International Space Station,” NASA chief Jim Bridenstine said at a press conference at Kennedy Space Center on Friday.

Elon Musk, the billionaire Silicon Valley titan who also is chief executive of electric carmarker and battery manufacturer Tesla Inc, usually attends high-profile SpaceX missions in person. But his presence for the launch was thrown into question on Thursday after he said he had taken a series of four coronavirus diagnostic tests, with two coming back positive and two negative.

Musk remained upbeat. “Astronaut launch today!” he tweeted Sunday morning, adding that he had symptoms last week of a minor cold but currently felt “pretty normal.” Representatives for the California-based SpaceX didn’t respond to queries about his whereabouts.

Asked if Musk would be in the launch control room for liftoff, Bridenstine said agency policy required employees to quarantine and self-isolate after testing positive for the disease, “so we anticipate that that will be taking place.”

Whether Musk came into contact with the astronauts was unclear but unlikely since the crew has been in routine quarantine for weeks prior to the flight.

NASA policy is that anyone testing positive for the virus to quarantine and remain isolated.

NASA contracted SpaceX and Boeing in 2014 to develop competing space capsules aimed at replacing the shuttle program that ended in 2011 and weaning the United States off dependence on Russian rockets to send U.S. astronauts to space.

NASA turned to private companies to haul cargo and crews to the space station, following the 2011 retirement of its space shuttles. The space agency will save millions by no longer needing to buy seats on Russian Soyuz capsules.

NewsNation will livestream the expected launch at 7:27 p.m. EST. 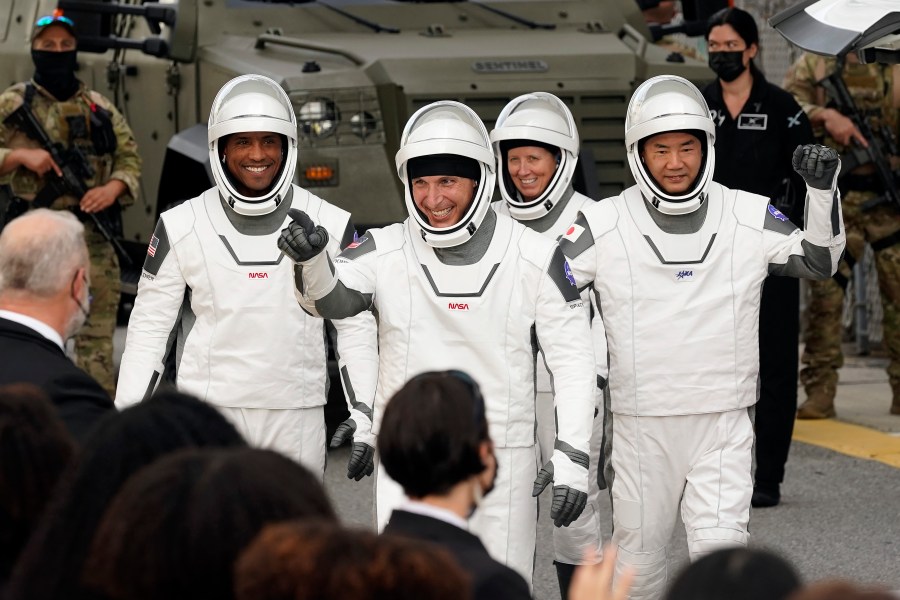