When the State of Georgia mandated audit was ordered, Muscogee County director of Elections Nancy Boren made a decision to do it with teams of Democrats and Republicans.

They are counting the votes for President Donald Trump and former Vice President Joe Biden.

And  it has been eye-opening for those volunteering to go through the votes.

“… We’re laughing. She might throw a Biden in with a Trump,” said Ruth Carpenter, a Columbus Democrat. “I might throw a Trump in with a Biden. We just say, oops, give it back to each other and keep going. … We seem to working very well. I don’t know if we could work together on the outside. But right now, we are doing just fine.”

Gitta Meyer-Green, a Columbus Republican, says that people have a right to disagree. “Let them voice their opinions,” she said. “You voice your opinions and be heard. But at the end of the day, come back together and work for the Republic. For the country.”

The audit of the 81,000 ballots started Friday and they worked through the weekend. They finished Monday night.

And it’s what you would call a bi-partisan effort.

“Everybody in here has an interest in the election,” Meyer-Green said. “Even though we come from different parties, we work well together. There is respect for one another. Camaraderie. And I just wish that our politicians could do the same.”

There are no politicians in the room. Just people observing the political process.

“I like the Republicans,” said Columbus Democrat Marjorie Jackson. “I told the two I worked with, you have your ideas, I have my ideas. We can come together to work together to get the job done. That is what needs to be done in the outside world.”

They have found an understanding of each other and their differences, says Carpenter.

“If we could just get along,” Carpenter said. “We all want the same thing. We want an education for our children. We want a decent, living wage. We want to live decently. There is a disconnect. Everybody should be able to not worry about where you are going to sleep because this is America. We need to stop the bickering.”

And a Republican Regina Yates says it needs to extend outside this room.

“Take the opportunity outside of this to sit down with the other party to talk to them and hear their views,” she said. “And figure out how we can work together in other ways.” 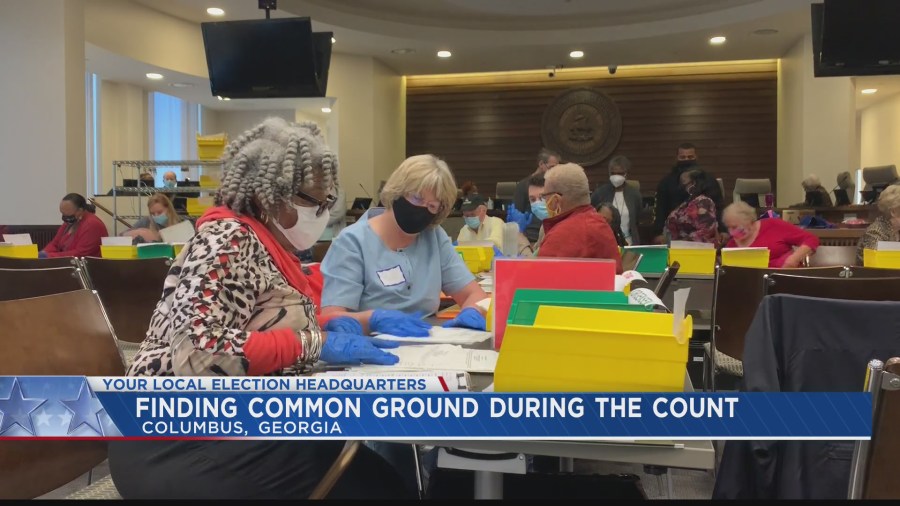