‘Raise the Woof!’: ‘First ever’ Christmas song for dogs released

(NEXSTAR) — “Dog disco is here” for the holidays!

That’s according to dog food company Tails.com, which has released what it’s calling the “first ever” Christmas song made exclusively for your furry family member.

The company debuted “Raise the Woof!” along with a music video Tuesday.

“We call it ‘waggae’ — reggae designed to wag tails!” the company said.

The song “took some science,” using a focus group of 25 dogs, according to the company.

Tails.com’s head veterinarian Sean McCormack and dog behaviorist Carolyn Menteith helped with the creation of the track, which is based on more than 500 pooch-friendly sounds such as bells and squeaky toys, according to a release obtained by CNN. It also includes basic dog commands, including “sit” and “walkies.”

“Signs that dogs are enjoying the track include alertness, trying to discover where the sounds are coming from, head cocking, or moving their ears to get a better listen, as well as tails wagging,” the company said.

With help from composer Soviet Science and producer Scuta Salamanca, the tail-wagging song was recorded at Abbey Road, the London studio made famous by The Beatles.

“When we all need a bit more festive feel-good in our lives, this song puts our dogs centre stage,” the company said.

Tails.com also said the track will be used to raise money for people in need, saying it is offering 500 copies of “a very special vinyl edition.” All proceeds will benefit Dudes and Dogs, a community group based in Bristol, England, that supports men’s mental health and “gets local men out walking and talking with their dogs.” 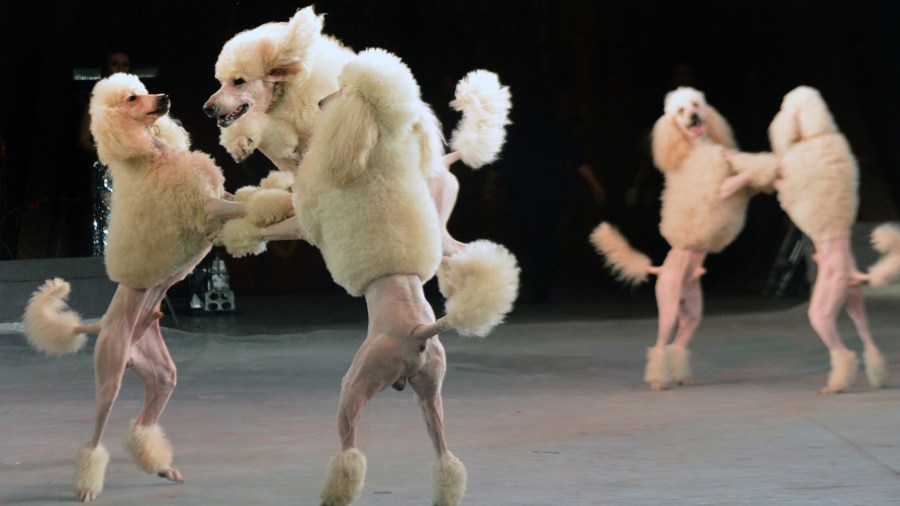