COLUMBIANA, Ala. (WIAT) — After more than four hours in a weeklong trial, a Shelby County jury found a Calera man guilty of reckless manslaughter in the death of his wife, an online adult model who was found dead outside their home nearly three years ago.

Prosecutors alleged that her husband Jeff West, a 47-year-old veteran who had also served in law enforcement, fatally struck her on the head with a liquor bottle on Jan. 12, 2018, just hours after they had gone out for a date night. Jeff West’s attorneys argued that not only was he not physically near his wife when she died, there is no evidence that he hit her. In fact, they argued that Kat West drunkenly fell and died after hitting her head.

Nancy Martin, Kat West’s mother, was called to the stand Friday to talk about her daughter. She testified that West had a habit of drinking too much, often leading to her dancing outside, barely clothed.

Dr. Stephen Boudreau, the pathologist who conducted Kat West’s autopsy, said that while her blood alcohol content was nearly three times over the legal limit, the severity of her head injury indicated that she did not die from falling.


Fall not likely cause of Kat West’s death, pathologist testifies

There were some discrepancies between Jeff West’s initial statement to law enforcement and the data retrieved from his phone from the night of his wife’s murder. West told law enforcement that he had gone to bed at 10:30 p.m. Jan. 12, 2018 and woke up at 5 a.m. the next morning, when police had arrived at the house and his wife was lying dead outside the house. However, data from his iPhone Health app showed that he took 18 steps between 11:03 p.m. and 11:10 p.m. Jan. 12, 2018.

Prosecutors used the couple’s personal lives as evidence of tension in the marriage. Text messages between Jeff West and Kat West were submitted as evidence, some showing the couple arguing while others included Kat sending nude pictures of herself to Jeff West.

“To me, it’s a bunch of baloney,” defense attorney John Robbins argued. “It’s supposed to show the volatile marriage they had. She’s mad at him one minute and sending naked pictures to him and saying she loves him the next.”

Sentencing for Jeff West is scheduled for Jan. 11. he will remain in prison until that time. The reckless manslaughter conviction carries a sentence of 2-20 years in prison.

Neighbors who lived near the Wests spoke to CBS 42 about their confusion over how it happened.

“It’s shocking that it happened so close to home, so all you can do is worry and think about your family, and that’s all I’ve been doing,” resident Xavier Lee said.

During interviews, it was also revealed that West had a daughter.

“That’s the sad thing about it,” a neighbor said. “You’ve got a little girl that’s not gonna have her mother anymore.”

Arrest warrants were obtained for West’s husband, Jeff, charging him with her murder. According to court records, investigators believed an absinthe bottle was used in the Calera mother’s murder.

John Robbins, Jeff West’s defense attorney, spoke out on behalf of his client, pointing to the fact that he served in the military and did not have a criminal record. At the time, Robbins said he was working to get more information on Kat West’s lifestyle and if it played a part in her death.

Jeff West was indicted on murder charges in his wife’s death. The indictment alleged that West “did on or about Jan. 12, 2018, intentionally cause the death of another person, to-wit: Kathleen Dawn West, by striking her with a glass bottle.” 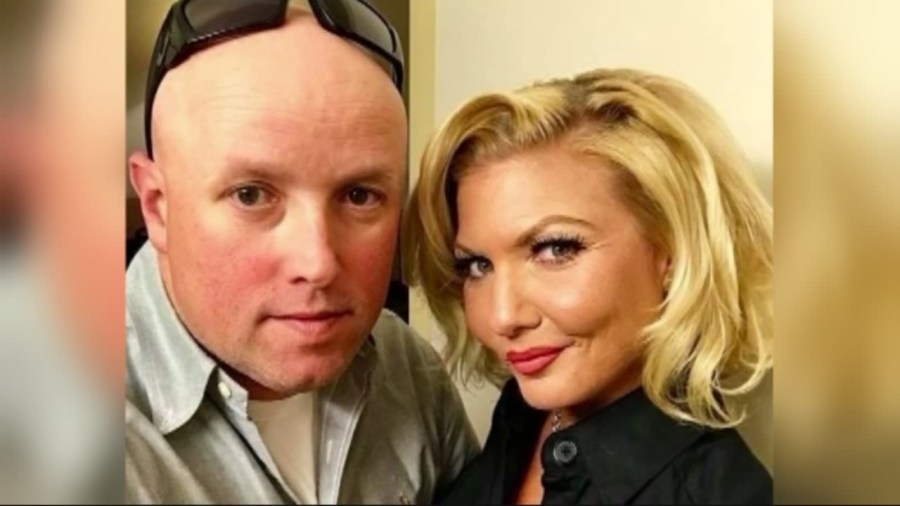