HUNTSVILLE, Ala. – Once the Food and Drug Administration gives emergency approval, any approved vaccine will be sent to all states, territories and major metros, officials say, within 24 hours of authorization.

Operation Warp Speed leaders hope to have close to 40 million doses by the end of the year.

Now that Pfizer has submitted its’ data to the FDA for emergency use authorization, with Moderna and AstraZeneca not far behind, Operation Warp Speed officials say the rollout for millions of vaccines could start in the next few weeks, as early as mid-December.

“Yesterday, we held the first of a regular series of O.W.S.-focused briefing with governors,” U.S. Health and Human Services Secretary Alex Azar said.

O.W.S. officials have said from the beginning, state leaders would play a role in distribution, but now we know what that role will be.

“It will be our nation’s governors in implementing the distribution plans, where to ship, and they will decide whom the vaccine is given to,” Azar said.

“They’ve identified amounts of providers. Providers can be everywhere from local hospitals, doctor’s offices, pharmacies, etcetera. As long as they’re enrolled, we can distribute to them,” said O.W.S. Chief Operations Officer Gen. Gustave Perna. “They will specify how they want to administer the vaccine.”

Approved providers will get vaccines in shipments; a 975-dose minimum for Pfizer, 1000 doses for Moderna. The Pfizer vaccine is usable for 20 days when stored under proper conditions. Moderna is usable for 28 days.

At the end of those lifespans, the second dose of vaccines will be sent. They intend to keep this structure for the initial rollout.

“That amount that we allocated to the country was 6.4 million doses of vaccine. What will happen if there’s more available after the initial push, then it will go out in the following weekly cadence of distribution accordingly, but yes, 40 million by the end of the year.”

The first rounds will go to state-approved “core groups” like healthcare workers and those at high risk. Azar thinks by second quarter next year, production will progress to the point of general vaccination.

“There is such a bright day ahead with what this team is delivering on vaccines and therapeutics. We want to make sure everybody is here for next year’s Thanksgiving,” Azar said. 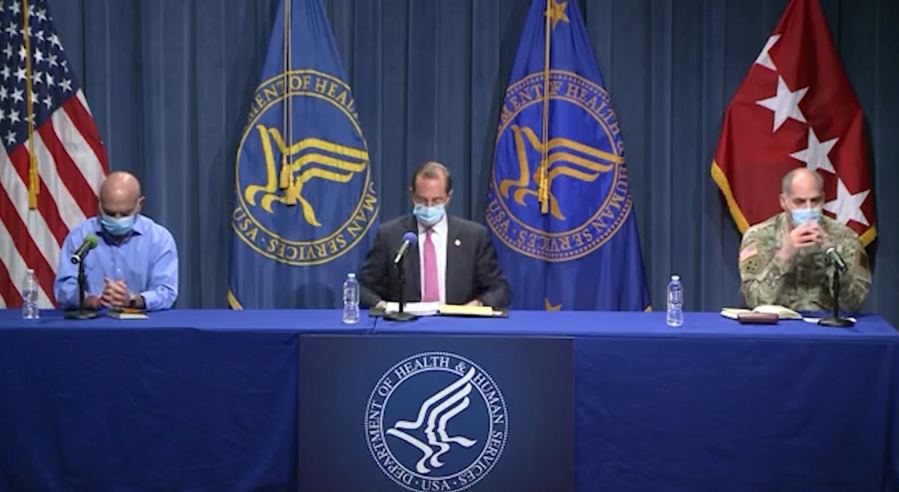