TUSCUMBIA, Ala. — The sights and sounds of carnival fun will soon return to Spring Park in Tuscumbia.

When heavy rain moved through the area in February of 2019, more than three feet of floodwater filled the park, damaging equipment and amusement rides—including the park’s iconic carousel.

FEMA funds were used to repair most of the park, but Mayor Kerry Underwood said restoring the carousel would take a more artistic approach.

“He’s never done any horses,” Kendrick said. “He did a lot of research, talked to a lot of people in different places, and got a lot of advice. You can see how he progressed as he did one and learned more and did another one.”

Kendrick said that so much detail went into each horse, it took McAnally about a year to do fifteen.

“Each horse has a story,” Mayor Underwood said.

Each one is uniquely designed, right down to the eyes. Mayor Underwood said he feels as though the restoration is symbolic of where Tuscumbia will be after the COVID-19 pandemic.

“We kind of go through these tough days but then when the days are over we’ll come back better than we were before,” Underwood said.

Kendrick expects that the carousel will be fully operational by December 1, just in time for the Tuscumbia Christmas parade. 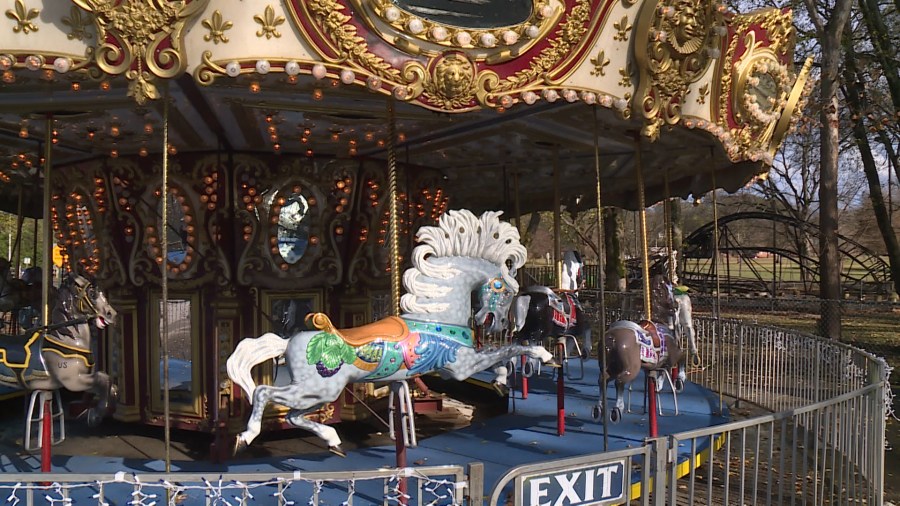