BIRMINGHAM, Ala. — Despite dire warnings from the CDC and health experts not to travel to holiday gatherings this year, Birmingham International Airport still saw a steady flow of passenger traffic Wednesday, on the eve of Thanksgiving. Overall, airport officials say passenger traffic was down for the day, compared to years past, but still far busier than prior months amid the COVID-19 pandemic.

“Today was supposed to be the busiest of the year for us, it typically is the day before Thanksgiving,” said Birmingham International Airport’s CEO Ronald Mattieu.

The airport reported around 40 percent of the passenger traffic they would normally see at this time of the year. But many health experts still consider that a staggering figure representing those who’ve chosen to fly this Thanksgiving despite warnings of an impending post-holiday surge in COVID-19 patients.

Since Friday, nationwide over one million people per day have been passing through U.S. airport checkpoints, the biggest crowds to take to the air since the COVID-19 crisis took hold in the U.S. in March.

“I’m traveling to the Birmingham Airport from Pennsylvania. The last time I flew, it was from here to Charlotte. It was a row of four and there were people in front and behind me, but there was no one sitting next to me,” said Kelly Long.

Like so many taking to the skies, Long unwilling to sit out Thanksgiving this year. Millions of travelers, ignoring warnings from health experts for weeks now, against traveling to Thanksgiving gatherings, bringing people indoors together to celebrate.

The CDC warns that Thanksgiving gatherings could lead to a post-holiday COVID-19 surge that could eclipse the record surge the country is seeing right now. But with no ban on flying in place, Birmingham International, has been doing its best to make the airport as safe as possible for those who are choosing to travel, regularly sanitizing its terminal from top to bottom.

The next busy travel day is predicted to come Sunday, when most people are expected to return from their Thanksgiving trips. 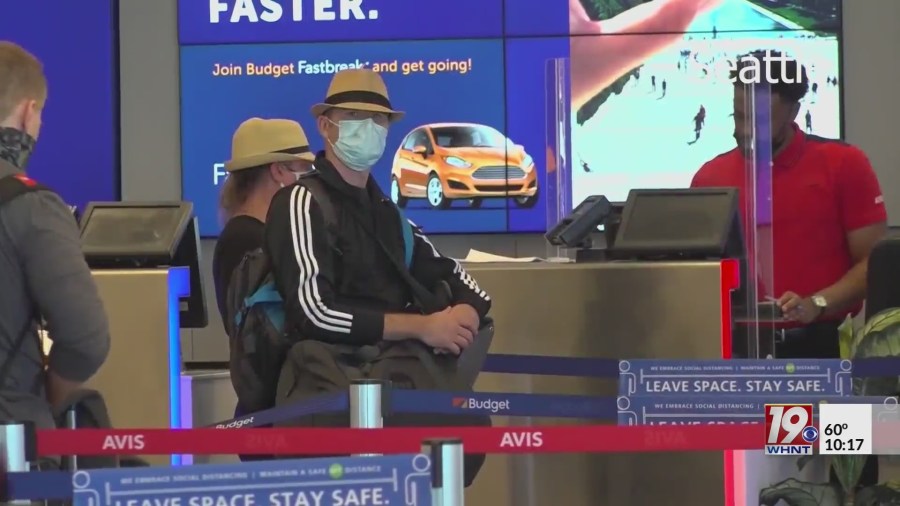