Alabama is the unanimous No. 1 again in The Associated Press college football poll as the top eight teams in the rankings held steady for the fourth week in a row.

The Crimson Tide got 62 first-place votes for the second consecutive week and are followed by No. 2 Notre Dame, No. 3 Ohio State and No. 4 Clemson.

The changes in the poll came after that, with Miami inching up to No. 9 and Indiana returning to the top 10.

Oregon’s first loss of the season knocked the Ducks out of the top 10, dropping them 12 spots to No. 21.

The Crimson Tide have now been ranked for 209 consecutive AP polls, matching Florida’s run from 1990-2002 under Steve Spurrier for the third-longest streak in the history of the rankings.

Florida State is second at 211 straight poll appearances from 1989-2001. With two games against losing teams left on Alabama’s schedule, the Tide are likely to catch Bobby Bowden’s Seminoles before the SEC championship game on Dec. 19.

Texas, Auburn and North Carolina dropped out of the rankings after each lost for the third time this season. All three started the season ranked and at some point spent time in the top 10.

The replacements were two teams returning to the poll and one making its season debut:

— No. 23 Washington is ranked for the first time this season after it improved to 3-0 with a 21-point comeback against Utah on Saturday night.

— No. 24 Iowa was also 24th in the preseason. The Hawkeyes disappeared from the rankings along with the rest of the Big Ten when it did not look as if the conference would play in the fall. When the Big Ten returned, Iowa didn’t quite make the cut among voters, but four victories in a row have the Hawkeyes back where they started.

No. 10 Indiana at No. 18 Wisconsin. The Badgers have already have had three games canceled, virtually eliminating them from the Big Ten West race. Meanwhile, Indiana could be in line to take the East if Ohio State can’t make the conference’s minimum games requirement.

No. 25 Liberty at No. 14 Coastal Carolina. Who had Flames-Chanticleers as a matchup of ranked teams when the game was scheduled in August? 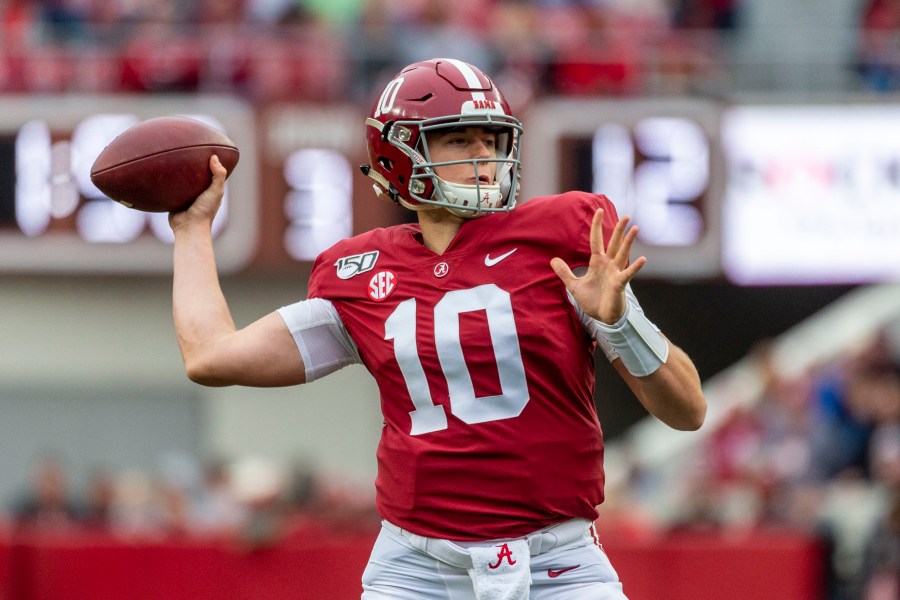