HUNTSVILLE, Ala. – Huntsville’s homeless population turns to nonprofits and warming centers on colder winter nights, but this year, the numbers of those in need are unprecedented.

“With the COVID we see people having a loss of jobs, we see folks that aren’t taking people in that used to because they’re worried about COVID. That’s going to increase our numbers. Also, Huntsville’s growing right now so they’re are a lot of people coming to this city looking for jobs,” Downtown Rescue Mission CEO and President Keith Overholt said.

Warming centers help nonprofits by hosting homeless for the night when temperatures fall below 40 degrees; they’re usually run by small churches. With current CDC guidelines, the city has reported many of those just can’t open this year. The mayor’s office is turning to nonprofit heads for guidance.

“They just said hey we’ve heard there might be some of the warming centers not opening and looked to Salvation Army, Downtown Rescue Mission, some of the others, ‘what can you guys do?’ So we came up with a plan,” Overholt said.

According to Huntsville’s branch of the Salvation Army Captain Chris Bryant, this news was not unexpected.

“We understand. It is a challenge during these days to have that heart to serve people but just not the ability and so many places are doing that. So that was my first thought. My second thought was we have to keep doing what we can,” Captain Bryant said.

Bryant’s branch runs one warming center, which they plan to keep open at only a fraction of normal capacity.

“We’ll have 100-plus there on normal basis, but to really keep everybody at 6 feet, it’s going to take us to 25 to 35 people,” Captain Bryant said.

Downtown Rescue Mission is the largest campus serving homeless in the state. The staff serve around 300 people a night, but expect more as it continues to cool.

Overholt said working with the CDC since the beginning of the pandemic has allowed them to find new, safe ways to use every room on their campus if needed.

“Even if we have to put more mats out, if we have to use a gym as an area for putting people to sleep, we won’t be closing our doors or shutting it down for anybody. If somebody is out there and they’re cold, they’re going to find a place they can come to Downtown Rescue Mission,” Overholt said.

With the influx of people they are expecting, Downtown Rescue Mission staff ask if you’re planning to make a donation, consider donating blankets and ‘double bed’ sized linens to offer to each person they house for the night.

The Salvation Army is asking for donations that will aid their warming center, being hotel-sized toiletries, coats, blankets and coffee to offer their guests. 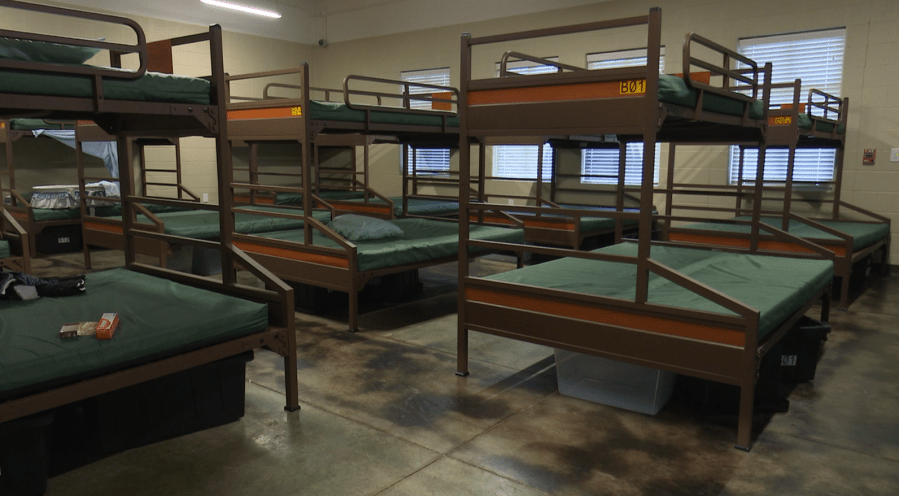