BOCA CHICA BEACH, Texas (Border Report) — A 36-story rocket that one day could go to Mars sat ready to test launch Monday at SpaceX’s South Texas Launch Facility as federal officials conducted an environmental review to determine whether these launches are harming the fragile Gulf ecosystem.

Several people milled relatively close to the Starship SN8 prototype rocket on Monday afternoon near Boca Chica Beach, taking photos and gawking at the looming steel structure, which SpaceX normally keeps safely hidden away from the public inside a nearby hangar. But it was brought out for a historic test launch that was set for Monday but has now been delayed to Tuesday or Wednesday, or possibly later in the week.

If successful, the towering rocket will climb to 15 kilometers, or over 9 miles, during the test launch before returning to Earth on what SpaceX founder and CEO Elon Musk has tweeted would be the highest hop yet of this prototype. The flight will test its three engines used for ascent, body flaps and landing gear, according to a recent tweet by Musk following a static fire test of the rocket engine last wek.

In May, a static fire engine test at this remote launch site near the Texas/Mexico border erupted in a fireball and massive concussive explosion, which prompted outcry from environmentalists and nearby residents.


Watch exclusive Border Report video of the May 29 explosion

Border Report captured the May 29 explosion on camera, and in July broke the news that the Federal Aviation Administration would be conducting an Environmental Assessment on the launch facility because it has changed its mission to one day launch heavy rockets capable of traveling long distances, including to Mars, from this facility.

The upcoming test launch comes just weeks after SpaceX officials held a private meeting with four environmentalist leaders to discuss the ongoing environmental assessment, according to one who attended the meeting.

Jim Chapman, president of the nonprofit Friends of the Wildlife Corridor, said the hour-long Nov. 9 meeting was held at SpaceX’s administrative headquarters located just over a mile from the launch site. He said three SpaceX officials attended and asked them what concerns they have of the facility and how they can mitigate environmental problems.

“It was very cordial. They seemed very sincere and interested in protecting the environment as well as, of course, doing the rocket work that they’re there for. They didn’t promise anything but they wanted to hear what we had to say,” Chapman told Border Report on Monday. “They talked the talk. The question is whether they will walk the walk, and it’s too early to tell.”

Last week, the FAA issued a news release announcing the environmental assessment review writing: “The proposed update to Starship/Super Heavy operations falls outside of the scope of the existing final Environmental Impact Statement (EIS) and Record of Decision for the launch site and requires additional environmental review under the National Environmental Policy Act (NEPA).”

The federal agency wrote on its website that the “new test operations and orbital launches of the Starship/Super Heavy launch vehicle at its Boca Chica Launch Site in Cameron County, Texas … requires obtaining an experimental permit or vehicle operator license from the FAA Office of Commercial Space Transportation.”

When SpaceX originally applied for an FAA permit in 2014 to open the South Texas launch facility it reportedly was to test much smaller rockets, the Falcon 9 and Falcon Heavy. An Environmental Impact Statement conducted by the FAA, at the time, found no mitigating circumstances to the South Texas surroundings by testing or launching those units. But SpaceX no longer has plans to use those earlier rocket models and has now set its sites on Mars, and possibly beyond, and wants to launch what is called Super Heavy rockets like the Starship, which the company says will be capable of carrying in excess of 100 metric tons.

Musk has even tweeted that he hopes to one day launch to Mars from a floating platform, which some have taken to mean they intend to build a launch facility on the waters of the Gulf of Mexico. SpaceX has steadily been adding to this launch facility in this remote section of South Texas in rural Cameron County.

Chapman said that SpaceX officials said they expect the Environmental Assessment to be completed by early 2021 and they said they will allow the public to comment, but only after the report is published. That is concerning, he said, because usually the public is permitted to comment prior to an environmental review so those concerns can be incorporated into the review process.

The launch site is just yards from Boca Chica Beach, an undeveloped spit of beach that is just a couple miles from the U.S. border with Mexico. Endangered and rare sea turtles nest on the beach, which also is home to rare birds. The beach is about 20 miles east of Brownsville and the secluded coastal environment is interspersed with miles of beach front, saline flats, mangrove marshes, shallow bays and unique dunes of wind-blown clay known as “lomas.”

The lomas are home to the endangered ocelots and other species that thrive in these separated dunes, Chapman says.

Chapman asked SpaceX officials if the company would purchase a long-term lease of the Loma Ecological Preserve, a 4,600-acre tract of land west of the launch facility, which currently is managed by U.S. Fish & Wildlife. The lease for the land is set to expire in 2023 and Chapman said that unless it is renewed then the land could be developed as part of the Port of Brownsville, or even the launch facility.

“That area is probably one of the most important ecological area in South Texas that nobody has ever heard of,” Chapman said, adding that SpaceX did not offer to lease the land.

Border Report has reached out to SpaceX to request the status of the environmental assessment and will update this story if information is received.

Hal Spivey, 65, was unaware of the nearby lomas as he waited excitedly Monday to see a test launch. He came from San Antonio and is staying at a local hotel in the hopes of seeing the Starship prototype take off. He said he was 14 when the first moon launch occurred and he built toy rockets and has followed the space industry with awe ever since.

“My hotel is through Thursday, so hopefully they will launch by Wednesday. This is my third time out here and I’ve never seen a launch test yet,” Spivey said. 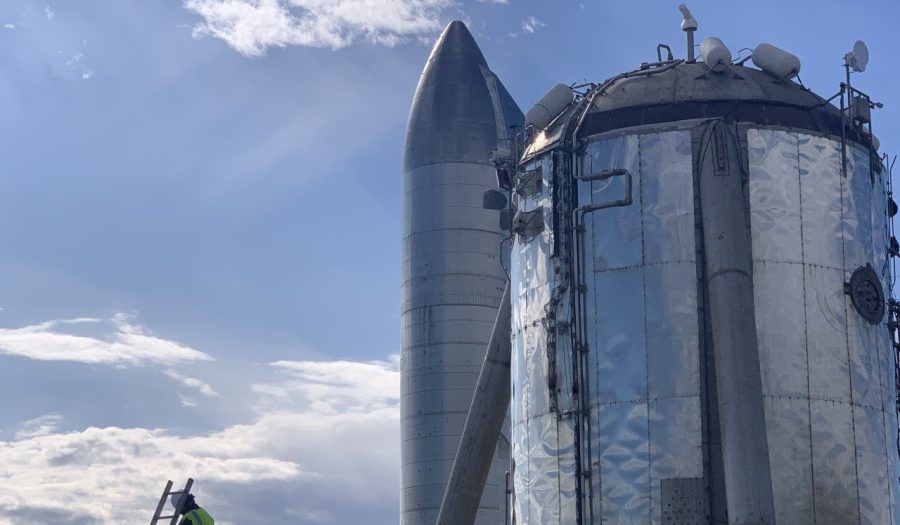