HUNTSVILLE, Ala. – Operation Warp Speed has announced COVID-19 vaccines may begin being distributed as early as this month. When that happens, Star Market Pharmacy in Huntsville will be ready for one vaccine’s very specific storage requirements.

Vaccine leader Pfizer is waiting for Emergency Use Authorization from the FDA, and if it is approved, Warp Speed officials said vaccines could be shipped out as early as December 11th to locations selected by the state.

Star Discount Pharmacy in North Alabama has six locations. They were honored to be selected as one of the distribution locations, but many details are still unknown.

“They have not given us any information on who is eligible or when so we’re in the dark like everyone else,” Director of Pharmacy Mark Tow said.

They do know the state has announced vaccine recipients will not be paying out of pocket.

“It’s the intent of the state that no one pays for this. So that’s what we’re working toward. If you have insurance, I believe we’ll have to bill the insurance the administration fee,” Tow said.

What the state will not be paying for is a method of keeping Pfizer’s vaccine stored at its required -70 degree Celsius, which is -94 degrees Fahrenheit. Pfizer is offering ultracold suitcases that could keep the vaccine usable for less than a month, but with a 975-dose order minimum, it would make it a race against time and a cost add-up for the ice.

“Dry ice you have to replenish every five days to keep it going so that’s not a good plan for us,” he said.

So they took it upon themselves to order their own freezers after learning they were selected. Tow thinks they were chosen because they were already enrolled in ADPH’s ImmPRINT program for other vaccines like the flu shot. The program is in charge of keeping records of vaccines administered throughout the state.

“That’s where it all began. The state asked me to do an ImmPRINT survey that asked questions like, ‘can we do 100 shots a day per location,’ ‘can we store something at minus 70 degrees,’ and ‘can we store 1000 doses?’ Well, in order to make that happen, I had to buy a freezer,” he said.

Owning freezers like this that reach those sub-sub-zero temperatures extends the vaccine’s shelf life for up to six months, but each freezer costs thousands of dollars.

The largest freezer Tow bought cost about $10,200, and it could hold more than 10,000 doses of vaccine. It is stored in the Huntsville store and will serve as the main storage container that holds all excess to be taken to the other locations. The other freezers are smaller but can still store more than 1,200 doses of vaccine.

By the time they bought all six freezers they had to take out a loan from a local bank to help pay off the more than $50,000 investment. It is an investment they hope they can break even on, but with other vaccines soon entering the market that may not nee ultracold storage, Tow said maybe not.

“These freezers are only for the first couple of rounds, so we have to figure out how to pay for them quickly, they may become obsolete by summer.”

Even if they do become obsolete, Tow said worries like that do not line up with Star Pharmacy’s mission:

“We’ve been ahead of the game as best we can as a local six-store chain for our community,” he said. “How you act every day and react is all based on what we do for the people of Huntsville, people of Meridianville or people of Madison. We take care of them.”

Now, Tow said they are in the process of hiring more people, even pharmacy students from Auburn University, to administer the vaccine once they do start giving over 100 per day. 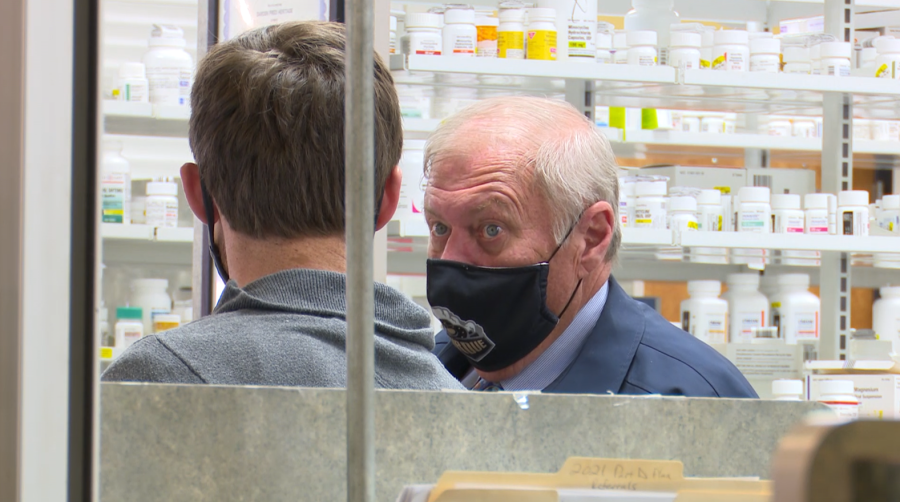