JACKSON COUNTY, Ala. – The Jackson County jail is feeling the effects of COVID-19. Chief Deputy Rocky Harnen told News 19 it is so overcrowded, they ran out of mats for the inmates to sleep on.

They had to borrow from another nearby jail for temporary relief as they waited for a pretty expensive emergency overnight order.

But the overcrowding is also causing other issues.

“Jackson County Jail is allowed to hold about 208 inmates. For the last six or eight months we’ve been way overcrowded up to about 250 something people at one point, so we have a lot of people on the floor laying on a three-inch mat, which is ok, I guess, but we’re just so overcrowded,” said Harnen.

Harnen said most of the excess comes from Alabama Department of Corrections inmates being housed here to lessen the risk of COVID-19 getting into the prison.

But that is exactly what the Jackson County jail is also trying to do.

Harnen said the overcrowding is not helping the situation. “We’re trying to keep things sterilized because of COVID and it’s harder when you’ve got more people in there,” he added.

The jail is no longer able to isolate incoming inmates before putting them into the general population anymore as it did several months ago due to the overcrowding.

However, inmates are checked out by a nurse to see if they’re showing coronavirus symptoms.

“As we all know, some people are asymptomatic and if we get one person in there, then we’re liable to have 30 to 40 people to come down with COVID. Jail staff has done a great job of monitoring it and keeping it out of there but we’re just crossing our fingers every day. They’re still getting good food, good water. It’s just so overcrowded it makes things difficult. If you put 10 people in a place where you’re supposed to have 3 or 4, it can wear on you,” explained Harnen.

The overcrowding could also be causing a more hostile environment for inmates.

Harnen said he cannot be certain of the cause, but there have been more inmates on inmate assaults over the last few weeks.

He added that to help solve the problem, judges are setting lower bonds or releasing inmates on their own recognizance bonds for people charged with nonviolent misdemeanors. 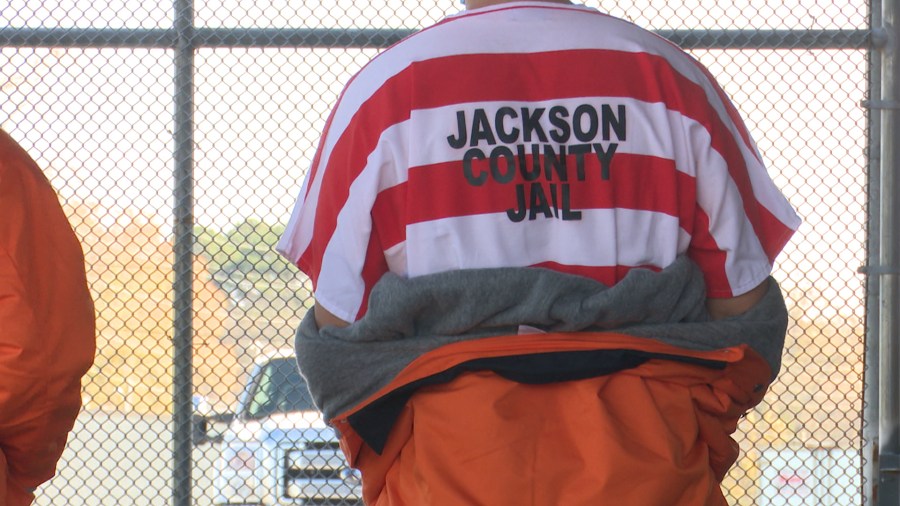