This comes a month after Patterson pleaded guilty to charges stemming from stealing from a court supervised juvenile fund, as well as from elderly clients in his private practice.

While some may see Patterson’s guilty plea as remorseful, Limestone County Presiding Judge Robert Baker filed a detailed letter in the case in which he expressed he didn’t believe Patterson’s actions exemplified remorse. Instead, Baker said he believes it was just a tactic to avoid a trial that would’ve exposed even more details.

In the two-page letter, the judge outlines the believed beginning of Patterson’s alleged criminal behavior. He said just 32 days after Patterson was sworn in as a district judge, he stole $7,500 from a juvenile fund.

The presiding judge expressed frustration in the way Patterson behaved after he was indicted. Claiming the former judge “embarked on a year-long odyssey of lies, deceit, delay and character assassination.”

As News 19 has previously reported, the case against Patterson took a number of turns leading up to his guilty plea.

A month after his indictment, a confession letter, apparently from Patterson, was released to the public. Patterson’s attorneys also filed motions seeking information about the grand jurors who indicted him. The defense team also alleged Judge Baker had influenced the grand jury and tried to intimidate Patterson into a guilty plea before his indictment.

In the recently filed letter, Baker goes on to explain that until his July 2020 resignation Patterson drew a salary of more than $10,000 a month.

Baker said to his knowledge Patterson has not used any of the money to repay the victims of the crimes.

During his guilty plea in October, Patterson said it was “time to accept what I’ve done and apologize for it.”

In his publicly filed letter, Baker states comments during Patterson’s plea were “too little too late”

He concluded the letter by suggesting Patterson receive a lengthy sentence in state prison, followed by a lengthy probation term. Baker also recommended full restitution for the victims of the crimes.

Patterson is set to be sentenced December 8. 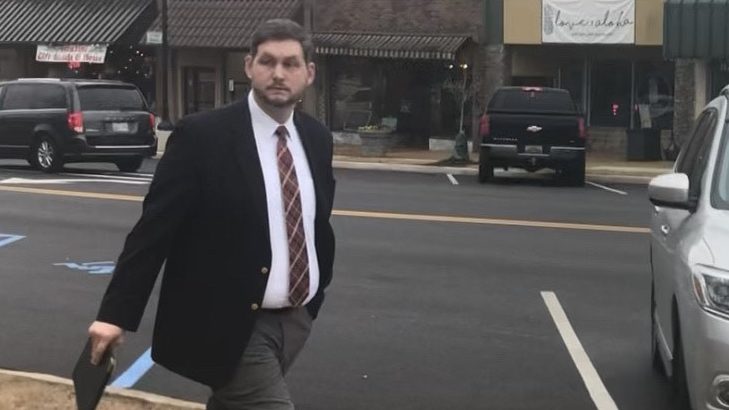