FYFFE, Ala. — A DeKalb County couple said they opened the doors to a home they were financing to a family in need.

Norman and Linda Price said their kindness was returned with property damage and theft.

The Prices said the family renting the property they were financing caused more than $50,000 worth of damage.

“They put holes in the foyer floor. They had food from the refrigerator and freezer shoved in there with bags that had maggots that big on them. The smell would just knock you down. I just was in tears pretty much. There was feces smeared all over the wall. The closet had feces in it with toilet paper and bags stuck to the floor like he was using it for the bathroom,” said Linda.

Linda told News 19 the renters also ripped out the plumbing and wiring in different areas of the house.

The couple said not only was the home damaged, but thousands of dollars worth of their tools were stolen from the barn in the backyard.

While they are taking the renters to court for the damage, Linda said it is costly.

They also told News 19 the DeKalb County Sheriff’s Office and the District Attorney’s Office are not helping them hold the renters accountable.

“The only thing I really care about the most is my tools because that’s part of the way I try to survive in this world. That’s my stuff and I work hard for it,” said Norman. “They stole the furniture.”

“They even stole the faucets off of the sink,” Norman chimed in.

Norman said he will do whatever it takes for him to get his things back and restitution for the damaged property.

Chief Deputy District Attorney Bob Johnston told News 19 he cannot comment on this specific investigation, but generally speaking, his office pursues charges where there is sufficient evidence to prosecute even if the crime also gives rise to a civil suit.

He said when there is pending civil litigation where both parties allege claims of wrongdoing that do not rise to the level of proof necessary for criminal prosecution, those claims are resolved by the court that has jurisdiction over the case. 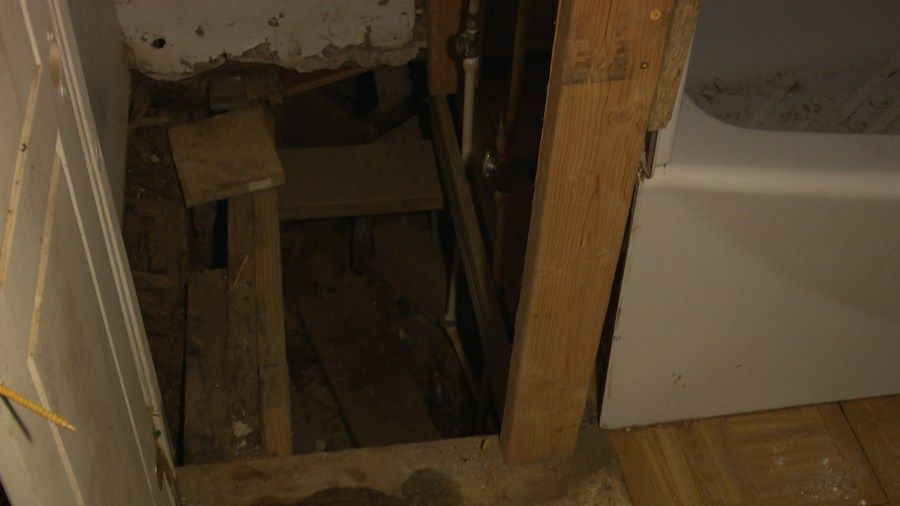